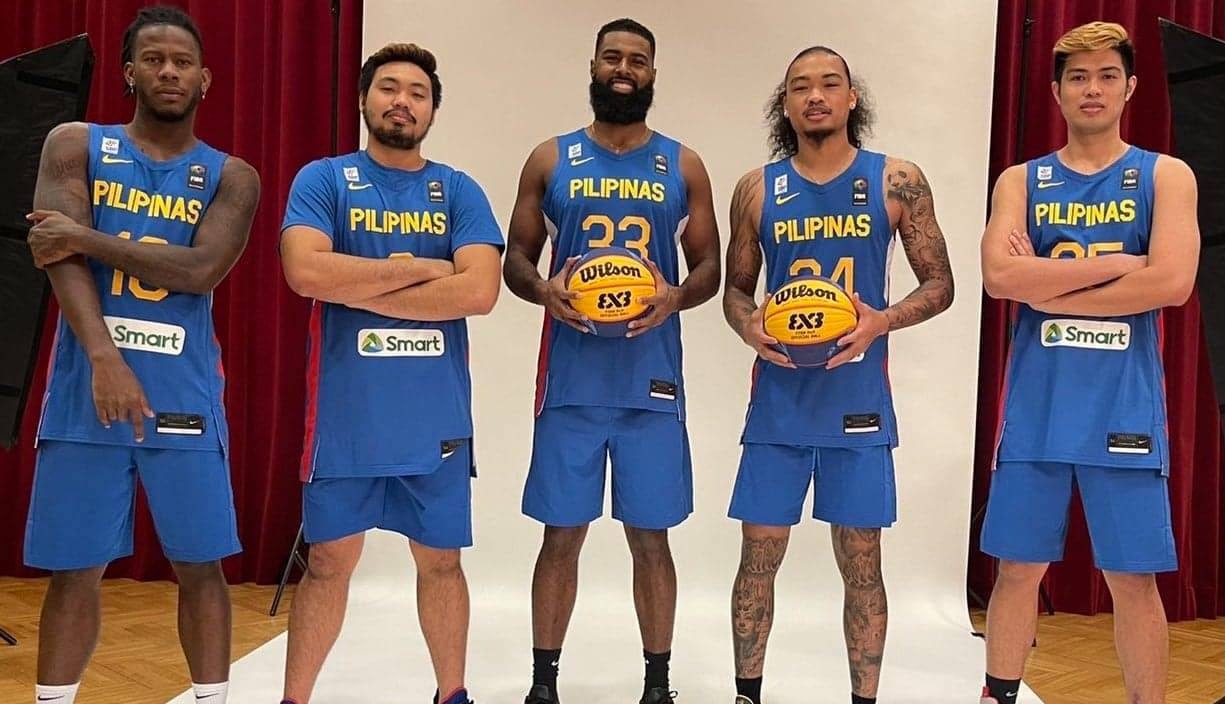 ON A MISSION. Gilas Pilipinas 3x3 aims to clinch one of the three Tokyo Games berths up for grabs.

Facebook Twitter Copy URL
Copied
Initially a reserve, Santi Santillan will take the spot of Alvin Pasaol, who missed half of the Nationals' buildup for the FIBA 3x3 Olympic Qualifying Tournament

Santi Santillan made the final cut for the four-man Gilas Pilipinas 3×3 as they kick off their campaign in the FIBA 3×3 Olympic Qualifying Tournament (OQT) in Graz, Austria on Wednesday, May 26.

Initially a reserve, Santillan will take the spot of Alvin Pasaol, who missed half of the Nationals’ buildup for the OQT.

Pasaol – the No. 2 ranked 3×3 player in the country – did not join the team in the first part of its training camp at the Inspire Sports Academy in Laguna earlier this May due to health and safety protocols.

“He is just slowly getting into shape and his match fitness is not yet at an optimum level,” Samahang Basketbol ng Pilipinas special assistant to the president Ryan Gregorio said of Pasaol.

“[The] coaching staff decided to include Leonard Santillan.”

Santillan is the No. 8 ranked Filipino 3×3 player.

Gilas 3×3 will play four games in Group C, starting with Qatar and Slovenia on Wednesday, and Dominican Republic and France on Friday, May 28. (SCHEDULE: Gilas Pilipinas 3×3 at FIBA Olympic Qualifying Tournament)

The top two teams from each of the four groups will advance to the knockout playoffs, where the top three teams will punch their ticket to the Tokyo Olympics. – Rappler.com