BACK AT IT. Tab Baldwin will be the third head coach to guide Gilas Pilipinas in the FIBA Asia Cup Qualifiers.

Tab Baldwin will once again call the shots for Gilas Pilipinas.

Baldwin has been appointed as head coach of the national team for the third and final window of the FIBA Asia Cup Qualifiers and the FIBA Olympic Qualifying Tournament (OQT).

“I have accepted the opportunity and the challenge to be Gilas’ head coach at this time,” Baldwin said.

“I am honored to continue working with this outstanding coaching staff as we strive to take these next steps forward in the direction we envision for 2023,” he added.

The American-Kiwi will be the third head coach to guide the national team in the Asia Cup Qualifiers.

Mark Dickel served as head coach in the first window before Jong Uichico took over in the second window.

He also won a gold medal as the Philippines’ head coach in the 2015 Southeast Asia Games.

“I’m hoping that my international coaching experience and familiarity with our playing systems will be an additional asset to the team in the upcoming challenges the team is facing,” Baldwin said.

Baldwin will have the best young players in the country at his disposal as Gilas parades an all-cadet lineup in the Asia Cup Qualifiers and OQT featuring the likes of Kai Sotto and Dwight Ramos. (SCHEDULE: Gilas Pilipinas at FIBA Asia Cup Qualifiers)

“The players are responding very well to the system and to each other. Bumps along the road are inevitable due to their youth and relative lack of experience, but these could be double-edged swords too,” Baldwin said.

“I know that when push comes to shove, these men will not only move forward, but more importantly, they will rise up because of the energy, athleticism, and determination granted to them by their youth.” 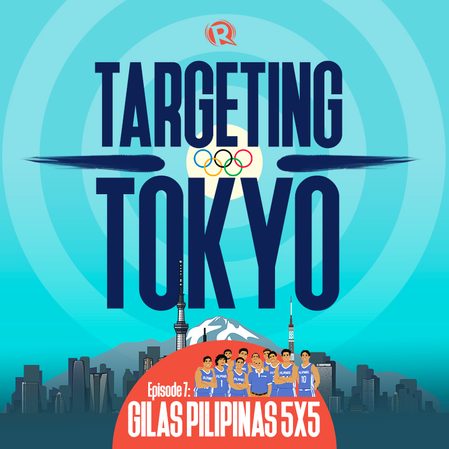