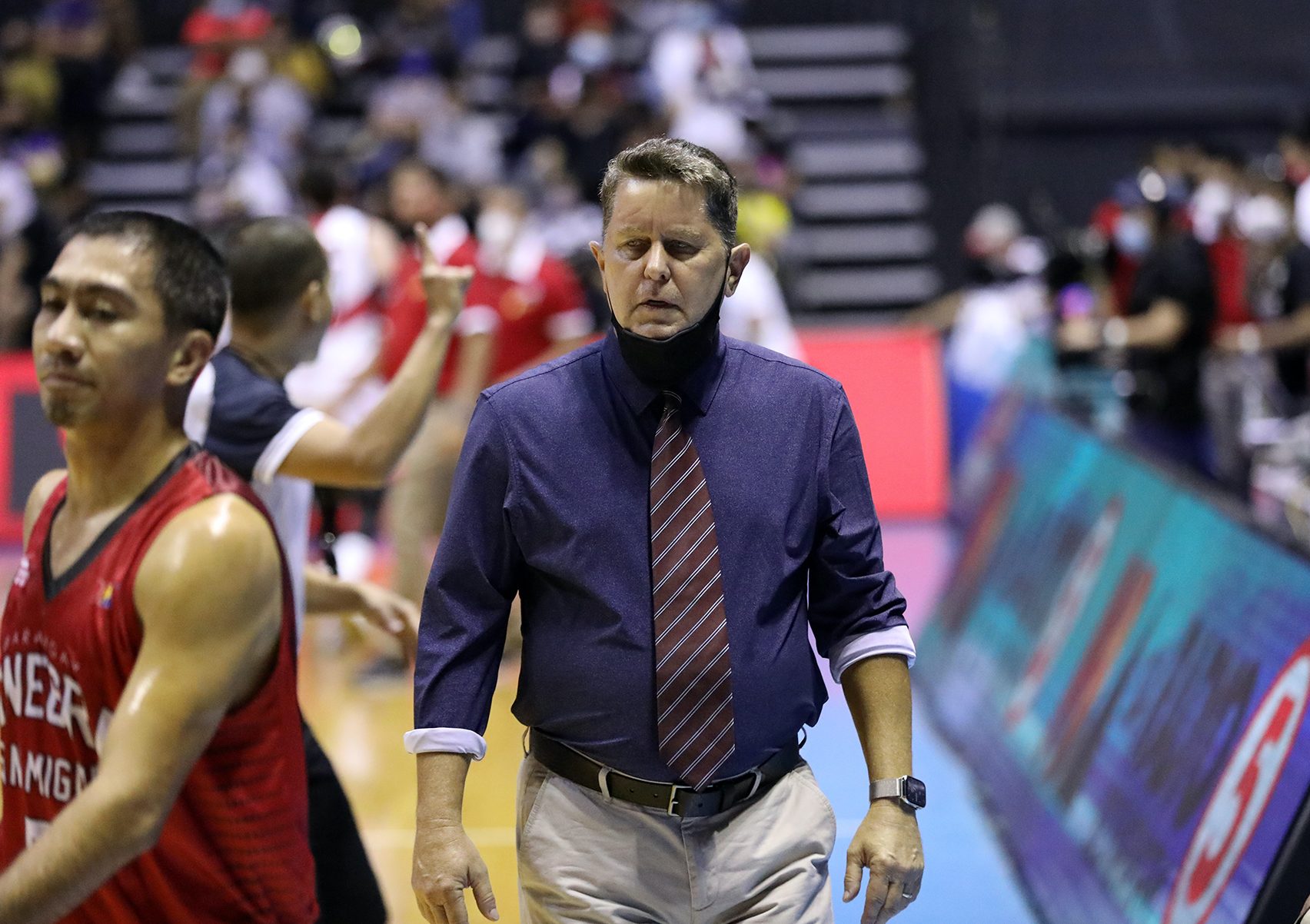 COMEBACK. Tim Cone hopes to help in any way he can as he returns to Gilas Pilipinas duty.

Facebook Twitter Copy URL
Copied
'I'm going to have his back through thick and thin,' says Tim Cone as he joins Chot Reyes' coaching staff for the 2023 FIBA World Cup

MANILA, Philippines – Tim Cone does not know much about the specifics of his Gilas Pilipinas role, but one thing is for sure: he has Chot Reyes’ back.

Cone expressed his full support for Reyes after being named as the newest member of the national team coaching staff for the 2023 FIBA World Cup, which the country will host along with Japan and Indonesia.

Appointed as Gilas Pilipinas’ head coach earlier this year, Reyes has been the subject of public scrutiny after his squad fell short of a 14th straight gold medal in the Southeast Asian Games in Vietnam.

“I have not spoken to coach Chot about what my role is going to be, but I do know one thing: I’m going to have his back,” Cone told reporters on Wednesday, June 22.

“He knows it. I’m going to have his back through thick and thin.”

The two established tacticians have been friends for more than three decades.

Cone had Reyes as assistant for Alaska from 1989 to 1992, a partnership that bore a PBA championship in the 1991 Third Conference.

They also worked together for the national squad, with Reyes once again serving as an assistant to Cone for the the Philippine Centennial Team that won a bronze medal in the 1998 Asian Games.

“We know how well we get along. We are of two different minds in the way we coach the game, so we’ll have a couple of different points of view,” Cone said.

“I’ll have my point of view wherever I can, but his word will be law and we will all follow it, I especially. Like I said, I’m going to have his back, I think that is what a head coach needs from his assistant more than anything else.”

Returning to national team duty for the first time since being handed the coaching reins in the 2019 SEA Games, Cone hopes to help in any way he can, especially now that he has something special to offer.

In July, Cone will get a taste of NBA action as he joins the Miami Heat coaching staff for the Summer League in Las Vegas.

“We know we’re not going to win the world championships. That is [an] unreal expectation, but we want to put our best foot forward in front of our home fans and that is what is most important,” Cone said.

“Whatever that entails, I cannot tell you yet, but hopefully we can get together and maybe I can steal some things from Miami and give it to Chot and maybe we’ll surprise a few people.” – Rappler.com