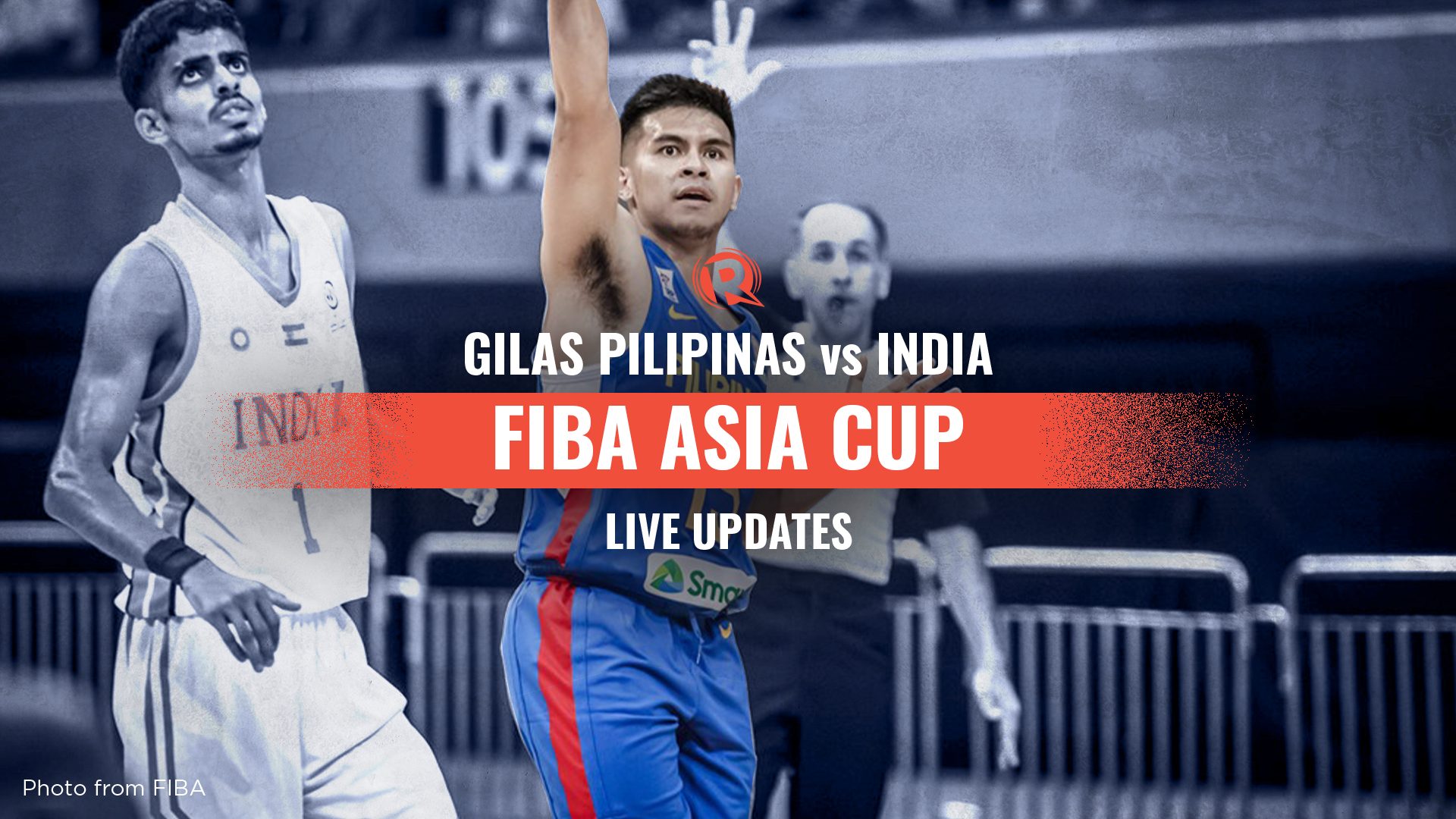 Gilas Pilipinas demolished India for the third straight time this year, 101-59, for its maiden win in the FIBA Asia Cup in Indonesia on Friday, July 15.

Thirdy Ravena set the tone in the romp by scoring 12 of his 17 points in the first half as the Philippines bounced back from its loss to Lebanon.

William Navarro led the Filipinos in scoring with 18 points on an ultra-efficient 6-of-7 shooting, while Ray Parks added 12 points, 4 assists, and 3 steals.

Gilas Pilipinas sits at third place in Group D with a 1-1 card as unbeaten squads New Zealand and Lebanon vie for the lead later on Friday.

Coming off a loss to Lebanon, Gilas Pilipinas faces a must-win situation in just its second game in the FIBA Asia Cup in Indonesia as it tangles with India on Friday, July 15.

Given its history of losses against its last group stage foe New Zealand, the Philippines needs to beat India in order to bolster its chances of reaching the knockout stages.

Only the top squad from the four-team Group D will advance directly to the last eight, with the next two best squads moving on to the qualification to the quarterfinals.

The Tall Blacks and the Cedars have the inside track for the outright quarterfinals berth with identical 1-0 cards, while the Filipinos and the Indians share last place with 0-1 slates.

“Our championship game is our next game against India and we have to prepare mentally, physically for another grind-out game,” said national team veteran Kiefer Ravena.

The odds are stacked in favor of the Philippines as it crushed India by an average of 20 points in its two encounters in the FIBA World Cup Asian Qualifiers this year.

Dwight Ramos showed the way for the Philippines in both routs, averaging 19 points, 4.5 rebounds, 2.5 assists, and 2.5 steals.

But even as Ramos is sidelined due to shin splints, other players have shown they can rise to the occasion without one of Gilas Pilipinas’ best players.

“We played against India but I think it is a different team right now that they sent here in the FIBA Asia Cup. We have to be really tough and mentally prepared coming into that game,” Ravena said.