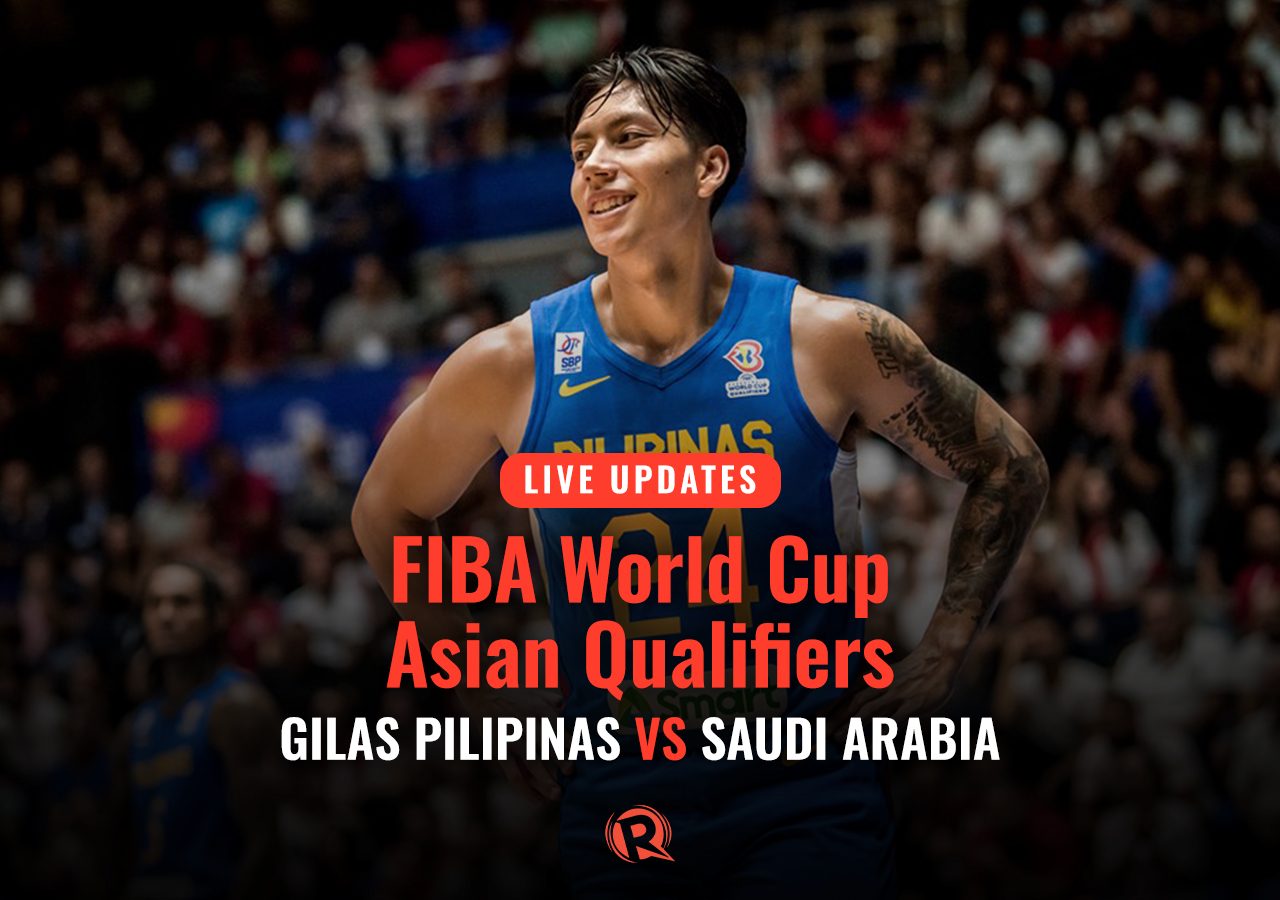 MANILA, Philippines – Jordan Clarkson dazzled in his first home game with Gilas Pilipinas and showed the way in an 84-46 rout of Saudi Arabia in the FIBA World Cup Asian Qualifiers on Monday, August 29, at the Mall of Asia Arena.

Clarkson finished with 23 points, 6 assists, and 5 rebounds as the Philippines wrapped up the fourth window with an even 3-3 card.

The rout made up for Gilas Pilipinas’ narrow 81-85 loss to Lebanon just three days ago, with nearly 20,000 fans who watched the game given a show by Clarkson and Kai Sotto.

Gilas Pilipinas seeks its first FIBA win with Jordan Clarkson and what better way to achieve that feat than to do it at home soil.

Clarkson will play his first home game as the Philippines hosts Saudi Arabia on Monday, August 29, at Mall of Asia Arena to wrap up the fourth window of the FIBA World Cup Asian Qualifiers.

The Filipino-American guard lived up to his billing as a bona fide NBA star after putting on a show in his FIBA debut, delivering 27 points, 7 assists, and 6 rebounds, albeit in a sorry 85-81 road loss to Lebanon.

But Clarkson and the Philippines, which totes a 2-3 record, will get a chance to end the window on a high note as they face a Saudi side that has lost all but one of its five games in the qualifiers.

Aside from the Utah Jazz standout, the likes of Dwight Ramos and Kai Sotto will be relied on after they backstopped Clarkson against the Lebanese.

Ramos netted a double-double of 18 points and 10 rebounds on top of 6 steals against the Cedars, while Sotto tallied 10 points, 8 rebounds, and 2 blocks in his first national team appearance in more than a year.

Players to look out for on the Saudis’ side are Mathna Almarwani and Khalid Abdel Gabar.