Facebook Twitter Copy URL
Copied
Despite yielding in the end, Gilas Pilipinas makes sure to give mighty Serbia a giant scare in the FIBA Olympic Qualifying Tournament

Gilas Pilipinas put up a gallant stand as it came close to shocking host and world No. 5 Serbia in the FIBA Olympic Qualifying Tournament following a nail-biting 76-83 defeat.

Although the Filipinos still absorbed a loss, they earned the respect of Serbian head coach Igor Kokoskov as they nearly upset the home team in front of its home crowd.

Naturalized player Angelo Koaume held his ground against the towering Serbian frontline bannered by NBA big man Boban Marjanovic after churning out 17 points, 7 rebounds, and 3 blocks for the Philippines.

Watch the video below for the game highlights: 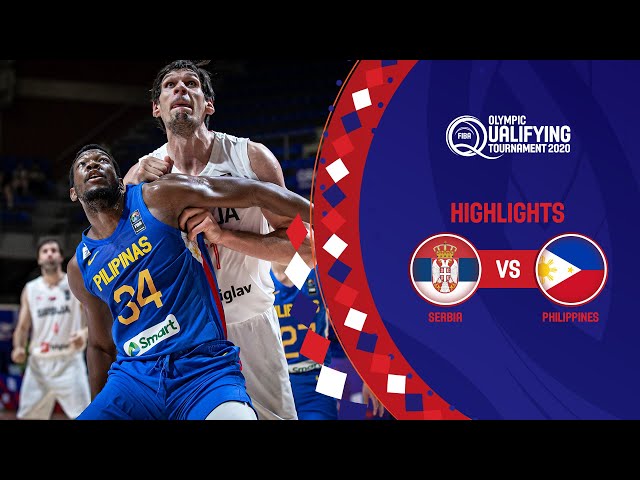