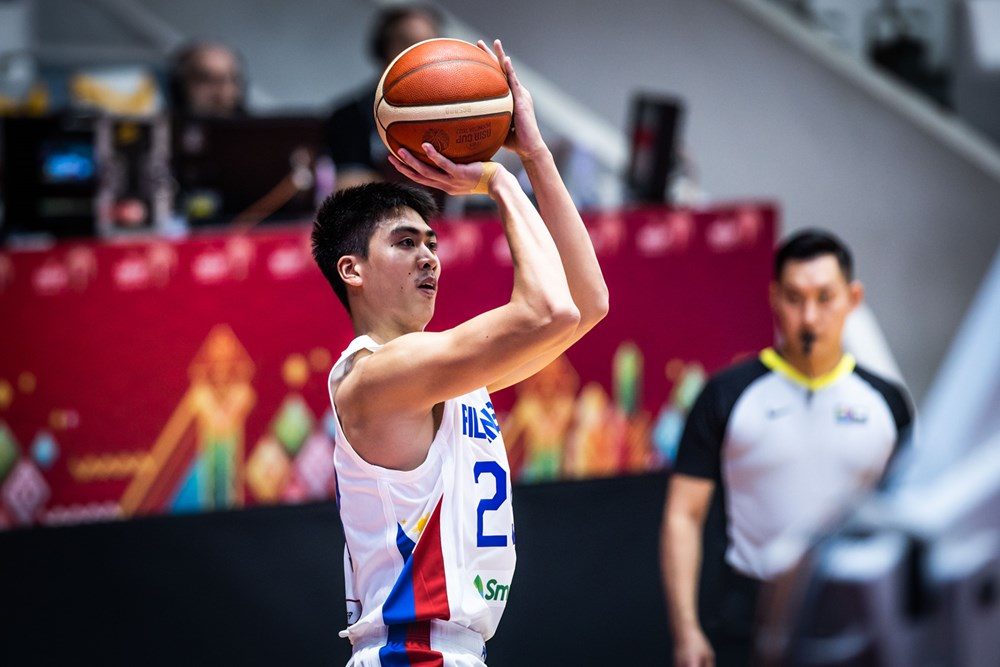 COMMITTED. Will Navarro still wants to play for Gilas Pilipinas.

Facebook Twitter Copy URL
Copied
An apologetic Will Navarro acknowledges his standing SBP-PBA contract with Gilas Pilipinas, while also asking for a chance to 'pursue his and his family's dreams for his basketball career'

MANILA, Philippines – Embattled Gilas Pilipinas prospect Will Navarro has broken his silence on his botched import signing with the Korean Basketball League (KBL), sparked by the Samahang Basketbol ng Pilipinas’ (SBP) refusal to release him from his contract with the national team.

In a lengthy Instagram statement on Thursday, September 22, the former Ateneo standout said he apologized to SBP executive director Sonny Barrios for the “miscommunication” among his camp, the SBP, and the KBL.

“I now fully recognize that I have an existing contract with the SBP and am aware of its provision regarding the rights of my PBA drafting team through the PBA special draft, NorthPort Batang Pier,” he wrote.

“Since the fallout of my actions, I have sought professional assistance and am now once again under the [counsel] of a management team that will assist me with contracts and commitments moving forward.”

Despite the apology, Navarro did also imply that he is still seeking a release from his current commitment to the SBP and PBA.

“I seek the kind understanding and generosity of the SBP, the PBA, and the NorthPort Batang Pier team to give me a chance to pursue my and my family’s dreams for my basketball career,” he wrote. “I pledge to abide by whatever decision they may arrive at regarding my case.”

Navarro reiterated that he remains fully available for the Gilas whenever his name gets called, referencing his attendance to the national team practice last Monday, September 19, despite the ongoing contractual dispute.

“With this apology and clarification, I trust that we will all be united for the good of Gilas Pilipinas and Philippine basketball,” he concluded.

The 6-foot-6 forward last played for Gilas at the 2022 FIBA Asia Cup, where he averaged 6.5 points, 2.8 rebounds, and 1.5 assists in 17.4 minutes. He then failed to make the cut for the fourth window of the 2023 World Cup Asian qualifiers, where Jordan Clarkson made his Gilas return after four years.