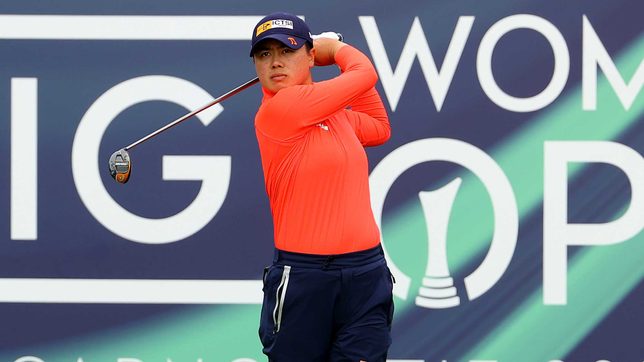 BOUNCE BACK. Yuka Saso finishes the second round of the AIG Women's Open strong.

Filipina golfer Yuka Saso remained a strong title contender in the 2021 AIG Women’s Open after a seesaw second-round outing at the Carnoustie Championship Course in Scotland on Friday, August 20.

The 20-year-old kept pace with the leaders as she fired a one-under par 71 in the second round to stay inside the top 10.

She has tallied a five-under par 139 overall following her brilliant four-under par 68 opener that saw her sink three birdies and one eagle.

The reigning US Women’s champion started hot in the second round with six pars and two birdies in the first eight holes before she momentarily dropped outside the top 10 with bogeys in the 9th and 12th holes.

But Saso quickly regained her bearings as she wrapped up the back nine with five pars and a birdie.

American Mina Harigae propelled herself to the top of the leaderboard with an excellent five-under par 67 in the second round.

Meanwhile, Korean Sei Young Kim lost her hold of the No. 1 spot with a one-under 71. – Rappler.com