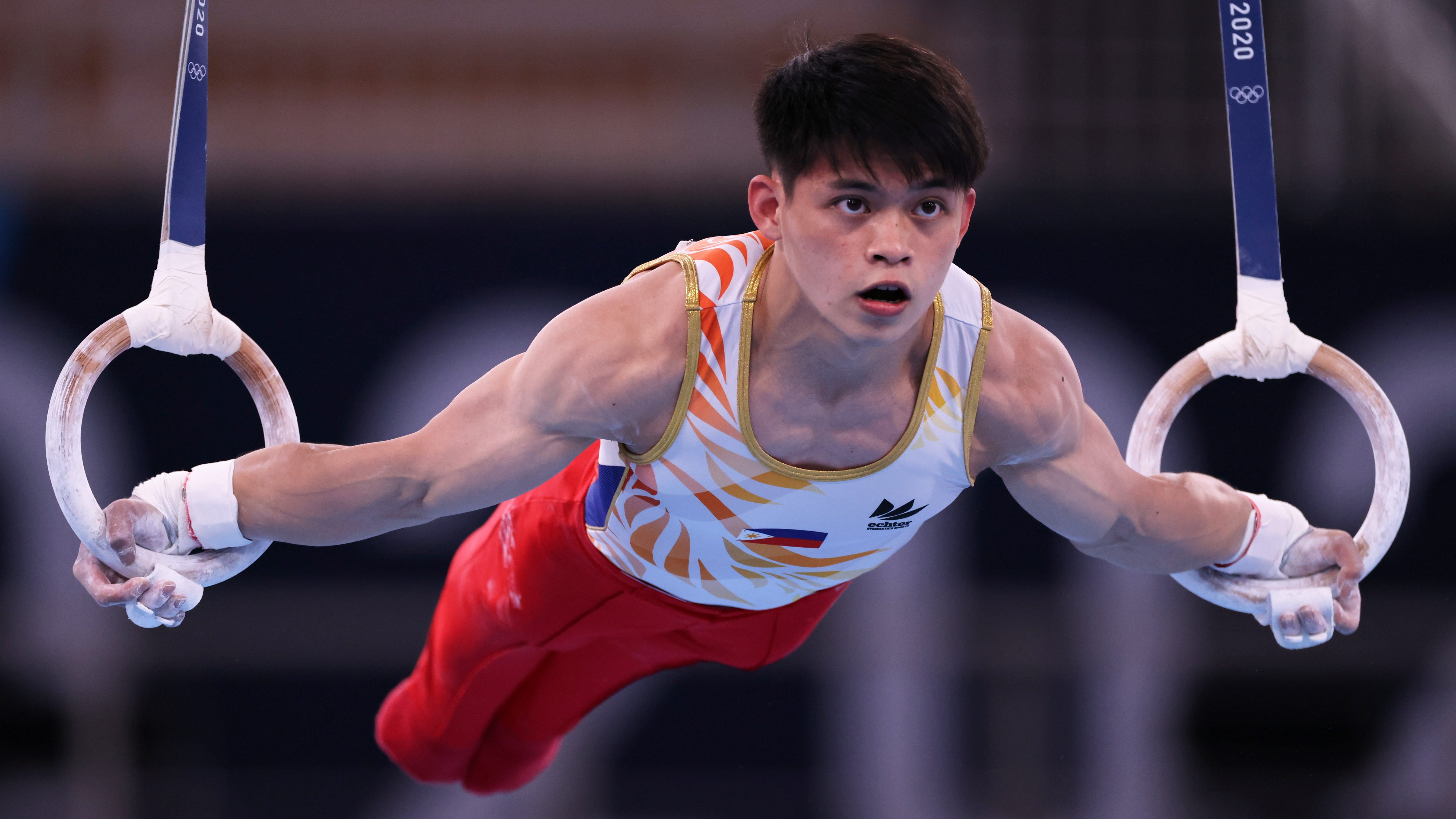 Facebook Twitter Copy URL
Copied
Carlos Yulo fails to clinch a finals spot in his pet floor exercise event, but manages to advance to the vault finals of the men's artistic gymnastics

The Philippines’ lone world champion gymnast Carlos Yulo still has a chance to win the country’s historic gold medal in the men’s vault event, even as he missed the cut of his pet floor exercise event.

Yulo qualified for the finals of the vault in the Tokyo 2020 Olympics on Saturday, July 24 at the Ariake Gymnastics Centre.

Yulo, though, fell short in his signature floor exercise event, where he won the 2019 world championship gold, after scoring only 13.566 for a 44th place finish overall.

He also missed an individual all-around final berth, placing 47th overall with a total of 79.931.

Only the top 24 gymnasts with a maximum of two entries per country will enter the all-around final, while each apparatus final will only accommodate eight athletes.

The Filipino 4-foot-11 dynamo opened his Olympic bid with a 14.000 score in the rings, where he nabbed a 24th place finish.

The 21-year-old gymnast lost his momentum after mustering a 12.300 score in the horizontal bar that landed him the 63rd spot overall.

Yulo then closed out the qualification in the pommel horse with a score of 11.833, missing the all-around cut.

Yulo is one of the country’s top bets for a historic Olympic gold medal, and was predicted to win multiple medals prior to the start of the games.

But the Tokyo-based gymnast sustained a hip injury a week before the delayed quadrennial meet kicked off on Friday, July 23. – Rappler.com