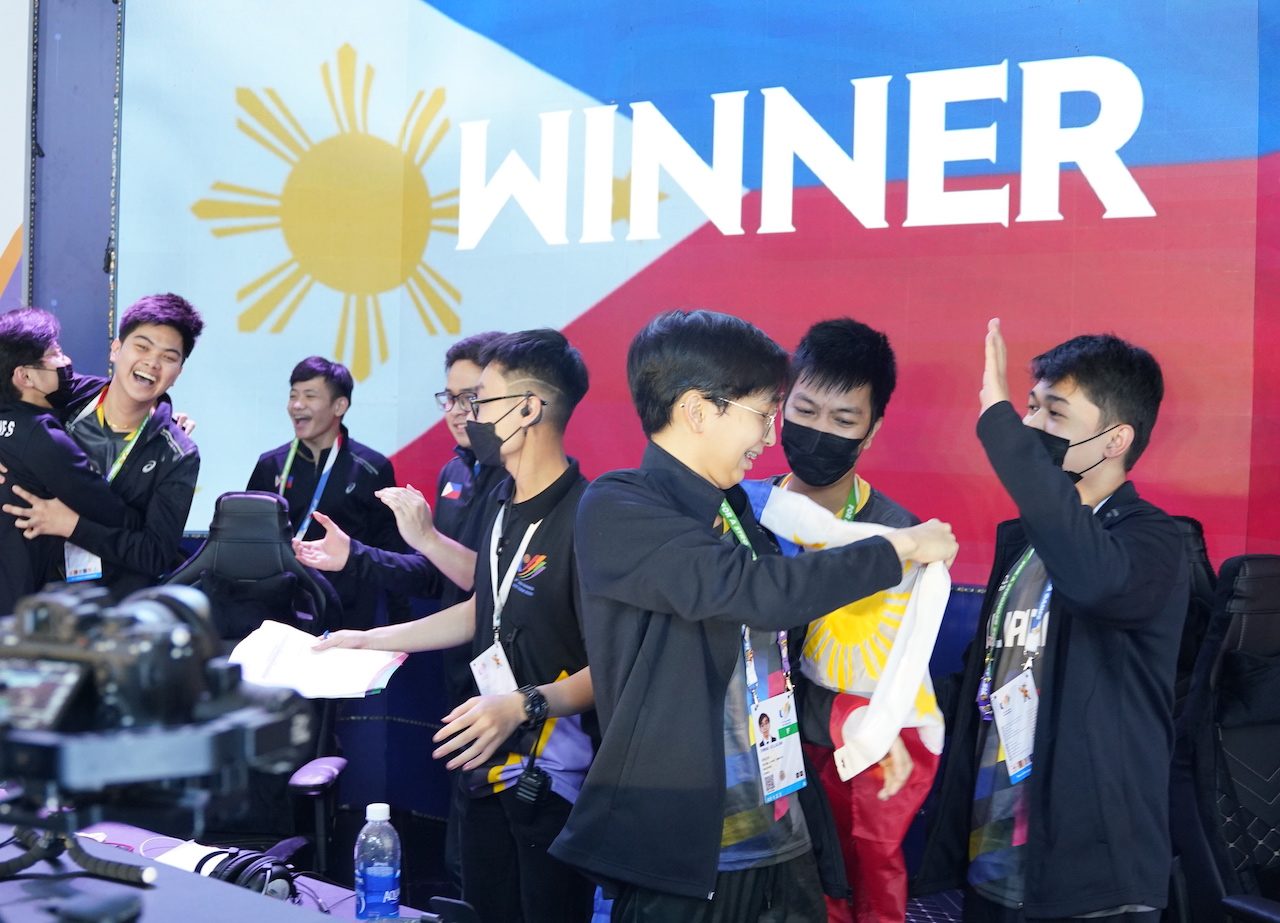 BEST IN SEA. Sibol captures the Mobile Legends gold with a sweep of the SEA Games competition.

Dogie, whose Nexplay EVOS squad got beaten by Hadji and Blacklist International for the right to represent the country in the SEA Games, previously claimed Sibol only had a 10% chance to repeat as champions.

But Sibol proved Dogie and its doubters wrong after beating star-studded Indonesia, 3-1, in the best-of-five finals as the Philippines captured its second esports gold in Vietnam.

“Shout out nga pala kay Dogie. Ikaw lang yung takot eh (Shout out to Dogie. You’re the only one who was scared),” Hadji said in the post-match interview.

Dogie made the polarizing opinion three weeks ago in a YouTube vlog as he argued that Indonesia has mastered the strongest meta in the game.

Add to that the fact that Blacklist is not at full strength, with the team missing Kiel “Oheb” Soriano and Edward “Erward” Dapadap from its world champion squad due to esports’ age restrictions.

“This may hurt a lot of people, but there is a 90% chance that Blacklist will not win the championship if it faces Indonesia,” Dogie said in Filipino.

Sibol, though, exceeded expectations by sweeping Malaysia, Myanmar, and Laos in the group stage without dropping a game to advance to the final four.

In the semifinals, Sibol averted disaster with a come-from-behind 2-1 win over Singapore to set up a finals date with Indonesia.

Sibol then stunned Indonesia with a gutsy comeback victory in Game 3 of the finals for a 2-1 lead as the Filipinos finished off the Indonesians in four games.

“The Philippines is the strongest,” Hadji said. – Rappler.com