Hidilyn Diaz officially ended her weightlifting season with the Tokyo Olympics gold as she withdrew from the 2021 World Weightlifting Championships slated to be staged from December 7 to 17 in Tashkent, Uzbekistan.

Samahang Weightlifting ng Pilipinas (SWP) president Monico Puentevella confirmed the development to Rappler, but he said the country will still send four weightlifters to the tournament.

Diaz originally planned to leave for Malaysia in September, but her departure was delayed to November, giving her a small window to prepare for the world event.

The Philippines’ first Olympic gold medalist is currently training with her coach and fiancé Julius Naranjo as Chinese mentor Gao Kaiwen chose to go back to China to be with his family.

Diaz will now concentrate on training for her title defenses in the Vietnam Southeast Asian Games that is set in May 2022 and the Hangzhou Asian Games in September 2022. 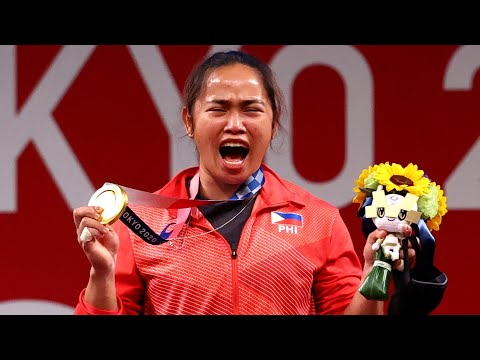