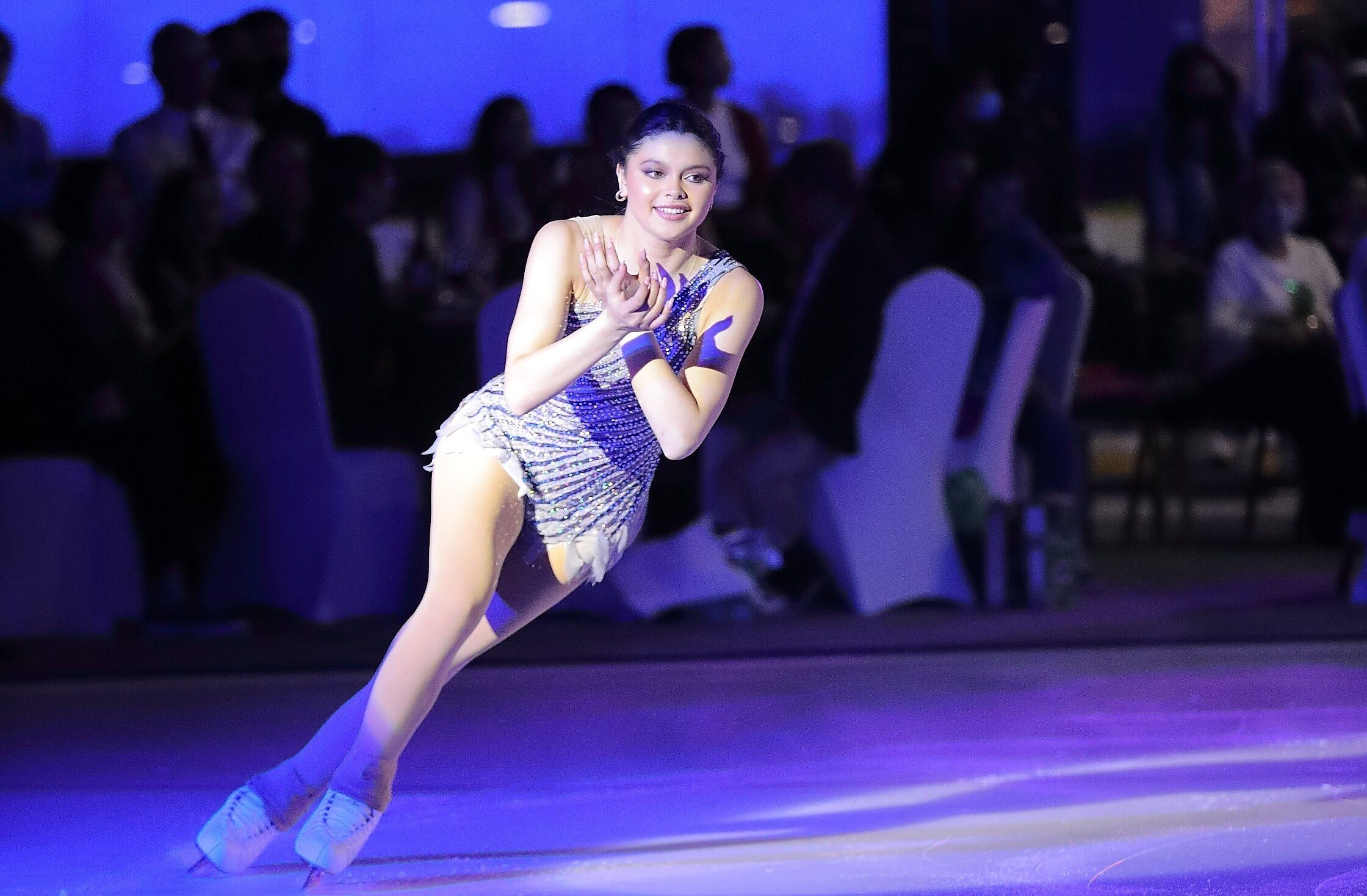 GRACE. Sofia Frank showcases her winning form in front of the hometown crowd.

Facebook Twitter Copy URL
Copied
The country’s top figure skaters wrap up the year by promoting the sport, hoping to get a lift in their international campaigns in 2023

MANILA, Philippines – Fueled by newfound inspiration after performing in front of an appreciative hometown crowd, four of the country’s figure skating bets feel pumped up to train for their first major international meet in 2023.

Pair skaters Isabella Gamez and Alexander Korovin will be joined by singles participants Edrian Celestino and Sofia Frank in the Four Continents Figure Skating Championships from February 7 to 12 in Colorado Springs, United States.

Frank, who is based in the area, hopes to make the most of this edge over her opponents.

“I think the altitude is a big advantage because I live there and I train with the altitude. I think my stamina will be better, I think, than the other competitors, hopefully,” Frank told Rappler.

“What I’m doing is mostly the same training that I’ve always been doing, just programs and just tweaking some things to improve myself, better myself, like my spins and components and stuff like that. I think if I can improve on those, I think that I should be pretty good.”

The four skaters participated in a recent fundraising event organized by the Philippine Skating Union (PSU) in a bid to promote the sport and support aspiring national skaters.

Celestino takes his role as a pioneering male figure skater seriously and wants to heighten awareness of the sport.

“Honestly, it’s such a great opportunity, not just for me but other fellow skaters from the Philippines to showcase our love and appreciation for our sport,” he said. “I try to translate it and include the audience so it’s a great experience for us.”

PSU chief Nikki Cheng said they also hope to put a spotlight on their effort to naturalize the 28-year-old Korovin, a Russian native, for him to be able to represent the Philippines in high-level competitions such as the Winter Olympics.

Korovin, together with the US-based Filipina Gamez, recently won a pairs silver at the Trophée Métropole Nice Côte d’Azur in Nice, France.

“The [Gamez] family has been processing it, they’re relatives with former Senator Freddie Webb, so they’ve been having a lot of help in terms of naturalization,” said Cheng. “And the lawmakers who attended [the fundraising event] said they can help us, so hopefully, they can help us push through.”

“For me, it’s such a big thing to have the government see all of this,” she added. “They see the potential and the awareness that the sport is being lifted even in a tropical country, we have athletes that represent us.”

As they gear up for more competitions in 2023, Gamez hopes to keep improving with Korovin.

“Going into the second half of this season, we’re pretty determined. We need to learn what we did wrong in the first half of the season, make sure we don’t do that again and we’re gonna make some big changes, but that is determined right after the beginning of the new year.” – Rappler.com