BACK IN THE CIRCLE. Jenelyn Olsim battles Julie Mezabarba next.

Facebook Twitter Copy URL
Copied
Even before she returns to action this week, rising Team Lakay star Jenelyn Olsim scores a win by earning a political science degree from the University of Baguio

MANILA, Philippines – When Jenelyn Olsim returns to the Circle this Friday, June 3, to take on Julie Mezabarba at ONE 158: Tawanchai vs. Larsen, she’ll look to rebound with a dominant win. But outside of competition, the 24-year-old has already claimed a major victory in life.

The soft-spoken atomweight bared she just recently got a degree in political science from the University of Baguio, where she served as an athletic scholar for the Cardinals.

There were a lot of times where Olsim questioned her intentions while studying, especially as her career started to pick up. However, the moment she got her diploma, she knew everything was all worth it.

“It’s been long overdue. This should’ve come a long time ago. That’s why at first I wasn’t that excited. Then I realized it’s still an achievement for me,” Olsim said.

“I stopped many times for sports. I have always put sports first, but when I was able to finish [my degree], it felt really good. At least I know deep down that my priorities in life are still straight.” 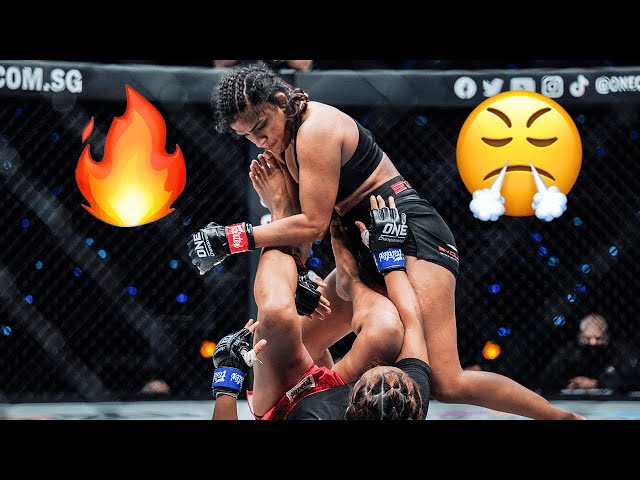 It helps for Olsim to have some excellent role models to look up to.

Aside from all the fighting experience she has gained while being part of Team Lakay, Olsim has also been steered in the right direction by some of the most accomplished members of the team.

Aside from being former World Champions, the squad’s seniors in Eduard “Landslide” Folayang and Geje “Gravity” Eustaquio are also accomplished when it comes to academics.

If former World Champions have done it, then Olsim certainly has no excuse to put her studies to the side.

“I was inspired by them. The champions here have all finished their studies. I thought to myself, I just can’t be a fighter for life. I have to do all these things while I have the time,” Olsim said.

“I know I need to be focused [on] fighting, but it’s a fulfilling feeling to do other things as well.”

Having heard how Olsim got inspired by his run, Folayang was naturally elated, as his goal has always been to motivate the youth.

“It’s a huge thing for me. If you look at it, with all of the achievements we have in competing, it wouldn’t amount to anything if after our careers our life leads nowhere,” Folayang said.

“For as long as I can I try to inspire people and help them make the right decisions, I’ll do it. I have to continue to set an example to the younger generation. I want to help them not only succeed in their career, but also in their lives.” – Rappler.com