Five cows and a house: Indonesia shows its love as shuttlers bag gold 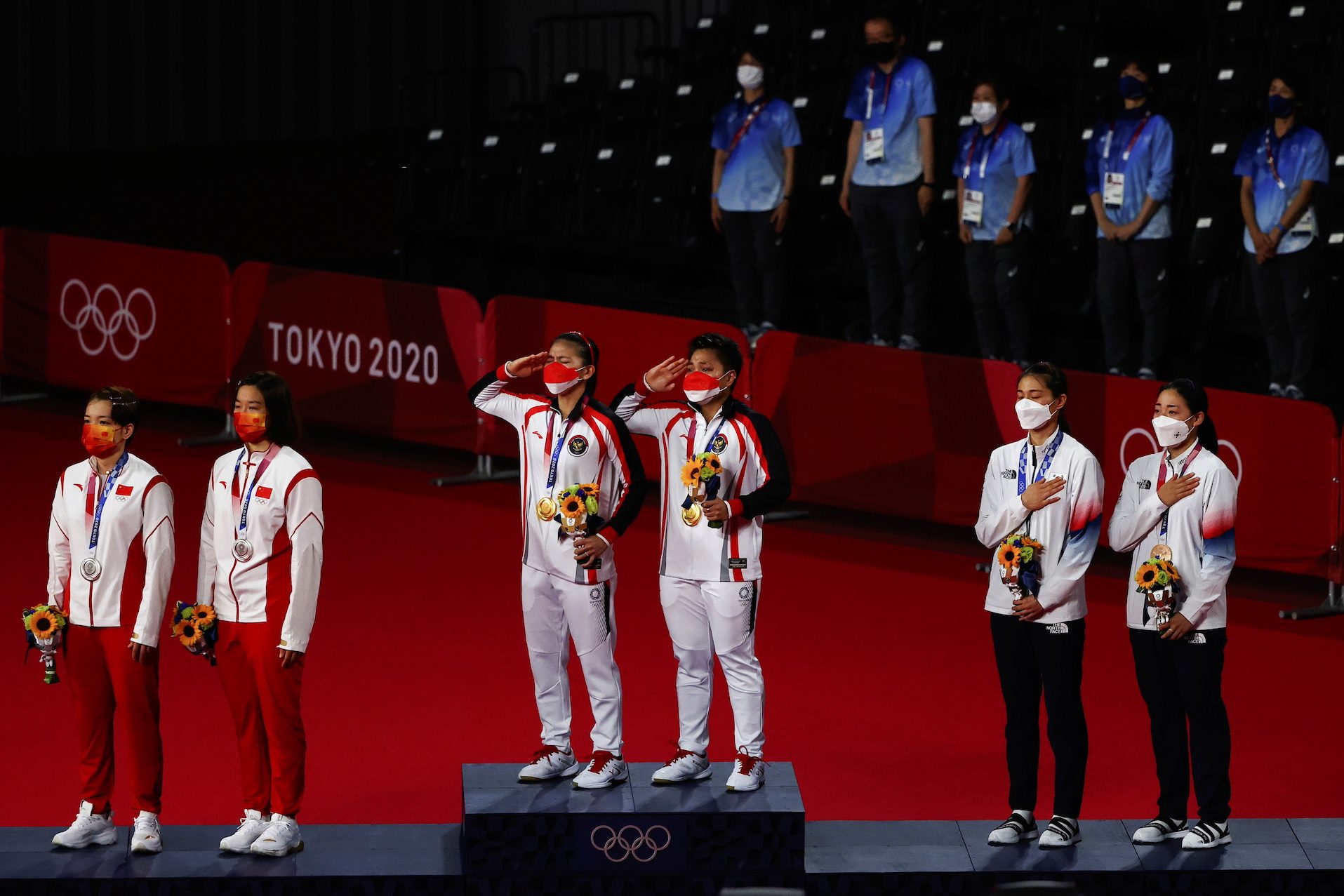 Facebook Twitter Copy URL
Copied
Southeast Asia's biggest country is badminton-crazy, and the sport has produced all of its golds since being added to the Olympic program in 1992

Five cows, a meatball restaurant, and a new house. Those are just some of the prizes promised to Indonesian badminton gold medallists Greysia Polii and Apriyani Rahayu when they return home from Tokyo.

Southeast Asia’s biggest country is badminton-crazy, and the sport has produced all of its golds since being added to the Olympic program in 1992.

At a time when the country’s badminton association is reporting a COVID-linked drop in people taking up the sport, the government quickly stepped in with a 5 billion rupiah ($349,000) cash award – and the pair have since been showered with more gifts.

The district head in Apriyani’s hometown on Sulawesi island promised her five cows and a house, while a chain of meatball restaurants pledged to give them both their own outlet.

Celebrations went viral on social media, with a meme in which a Twitter user switches places with Greysia when she changes her racket receiving 37,800 likes.

In a message on Twitter, President Joko Widodo said the pair’s “tough and thrilling” victory was a gift ahead of independence day on August 17.

Imelda Wigoeno, a former player and an official at the pair’s club, said: “It does take victors like (Greysia and Apriyani) to bring more attention to women’s sports.”

Broto Happy, a badminton association spokesperson, said the pair’s win came at a time when recruitment of new players had stalled because the coronavirus had shut down competitions.

“This is the sign of love from badminton lovers in Indonesia to the new winners,” he said of the nationwide celebrations.

Greysia, 33, said on the Badminton World Federation’s website: “I was born to be a badminton player. And I had that faith when I was just 13, that I wanted to make history for Indonesia.” – Rappler.com