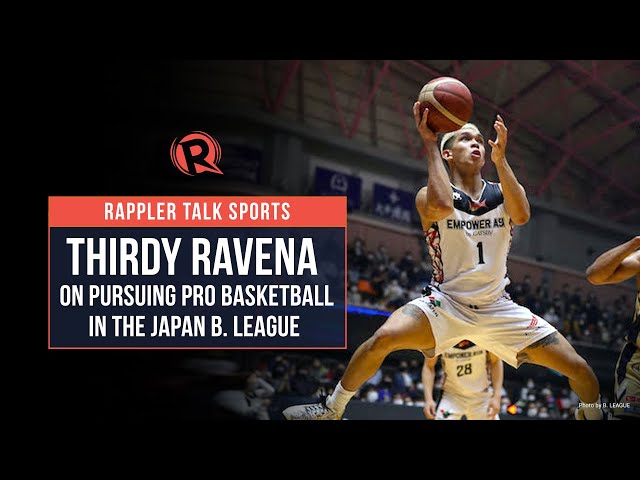 Facebook Twitter Copy URL
Copied
Catch Rappler's interview with Thirdy Ravena on Wednesday, May 12, at 8 pm as he talks about the Japan B. League and Gilas Pilipinas

Thirdy Ravena looks more motivated than ever to redeem himself in the Japan B. League.

The Filipino basketball star showed his love for his team San-en NeoPhoenix as he re-signed to a multi-year contract, securing his professional career in Japan.

Catch Rappler’s interview with Ravena on Wednesday, May 12, at 8 pm, as he talks about his expectations for the next Japan B. League season, his commitment to Gilas Pilipinas, and his biggest takeaways after his first professional basketball season. – Rappler.com