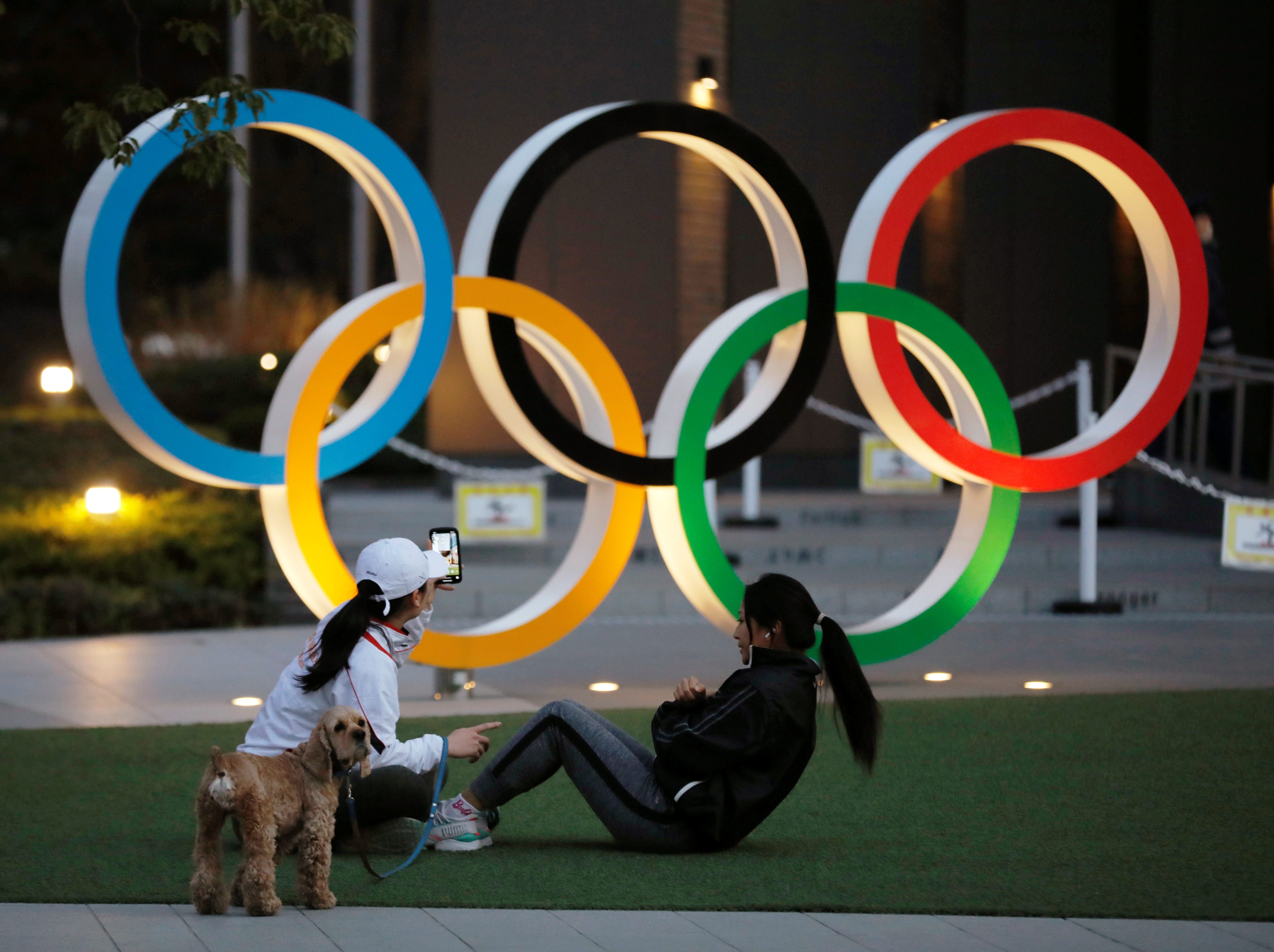 STILL A GO. Women work out in front of the Olympic rings near the National Stadium in Tokyo.

The International Olympic Committee (IOC) is working with the World Health Organization to get all athletes vaccinated in a bid to save the Tokyo Games, The Telegraph reported on Friday, January 22.

Fast-tracking the COVID-19 vaccines to competitors where national programs are yet to begin is the main priority in the Olympic Committee’s plan, the report said.

IOC president Thomas Bach, meanwhile, said in a video message to mark the six-month countdown to the opening ceremony that the entire Olympic movement is united in its determination to ensure the Tokyo Games happen in July and August.

Britain’s Times reported on Friday that Tokyo was looking to get out of hosting the Games, drawing sharp criticism and flat denials. (READ: Japan privately concludes Tokyo Olympics should be canceled – The Times)

The Japanese government dismissed the report, while Japan Olympic Committee head Yasuhiro Yamashita told Reuters it was a “fabrication” and “wrong.” (READ: Japan doubles down on Tokyo Olympics, denies report of cancellation)

Bach did not directly address the Times report, nor mention by name the COVID-19 pandemic that forced the postponement of the Games from last year, but said he was confident that they would go ahead from July 23 to August 8.

“Six months ahead of the Games, the entire Olympic movement is looking forward to the opening ceremony on July 23,” Bach said.

“I had the opportunity today to speak with all the 206 National Olympic Committees of the world and they are all fully committed and looking forward to the Games. We are enjoying the full support of the Japanese government.

“We had another consultation with all the IOC members yesterday, everybody is really determined to make these Olympic Games the light at the end of the tunnel…

“All the prospects are good, we are working hard, and for these Games, the first priority will be to make them safe and secure for all participants.”

Much of Japan is under a state of emergency due to a third wave of COVID-19 infections.

Bach conceded it would be a “huge undertaking” to get the Games underway. But he noted that major sporting events were already taking place around the world without the widespread availability of vaccination against the virus.

The German said Games organizers were looking at “all scenarios” and had a “huge toolbox” of measures which they would implement depending on the prevailing health conditions.

Bach said the IOC’s Athletes’ Commission had informed him that despite the many difficulties the pandemic presented to the prospective Olympians, enthusiasm remained high.

“We know how passionate Olympic athletes are and this is why we know they will be flexible enough and they will adjust to this situation we are all in now,” Bach said.

“They will enter the Olympic stadium on the 23rd of July with full pride and sending an important message… to the entire world – a message of resilience, of Olympic passion, of Olympic values like solidarity and peace.” – Rappler.com