FOCUSED. Jamie Lim continues to build on her success in the sport and in academics.

It’s a year of firsts for Lim as she will be competing in her first karate world championships, five months after participating in the world Olympic qualifying event last June in Paris.

Despite the pressure, Lim said she’s more motivated to do her best and put herself in a mindset that she is out to win.

“In every competition there is pressure especially if the pressure comes from myself, but the pressure from the outside, I would treat it as support so people believe in me. I use it as motivation. It will boost me,” said Lim. 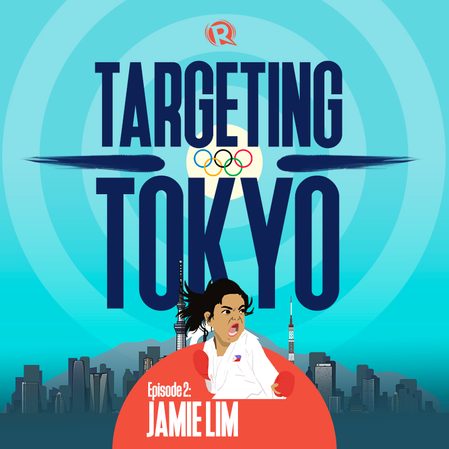 In the 2021 World Karate Championships set on November 16 to 21 in Dubai, United Arab Emirates, Lim will drop her weight class to under 61kg.

In the adjustment process, Lim continued to do what she does best which is to focus and prepare.

“I’ve been studying when I got the news that I’d be competing in -61kg. Matatangakad din sila (They’re also tall). I’m competing for the first time in that arena. I’m just gonna do the same way, same focus and to study it,” said the 24-year-old Lim.

After the team’s Olympic qualifying bid, Lim joined the training camp in Baguio, where the national karatekas were exposed to high altitudes, while undergoing the training of head coach Okay Arpa.

But being a goal-getter that she is, Lim also went through the application process for a Masters degree in Data Science, which includes studying for the GRE and TOEFL.

Aside from Lim, Filipino-Japanese karateka Junna Tsukii will also be competing in the kumite events, while Sarah Pangilinan and Joco Vasquez will be battling it out in the individual kata events.

The team left on November 11 for the Dubai tournament that will be held under a bubble format.