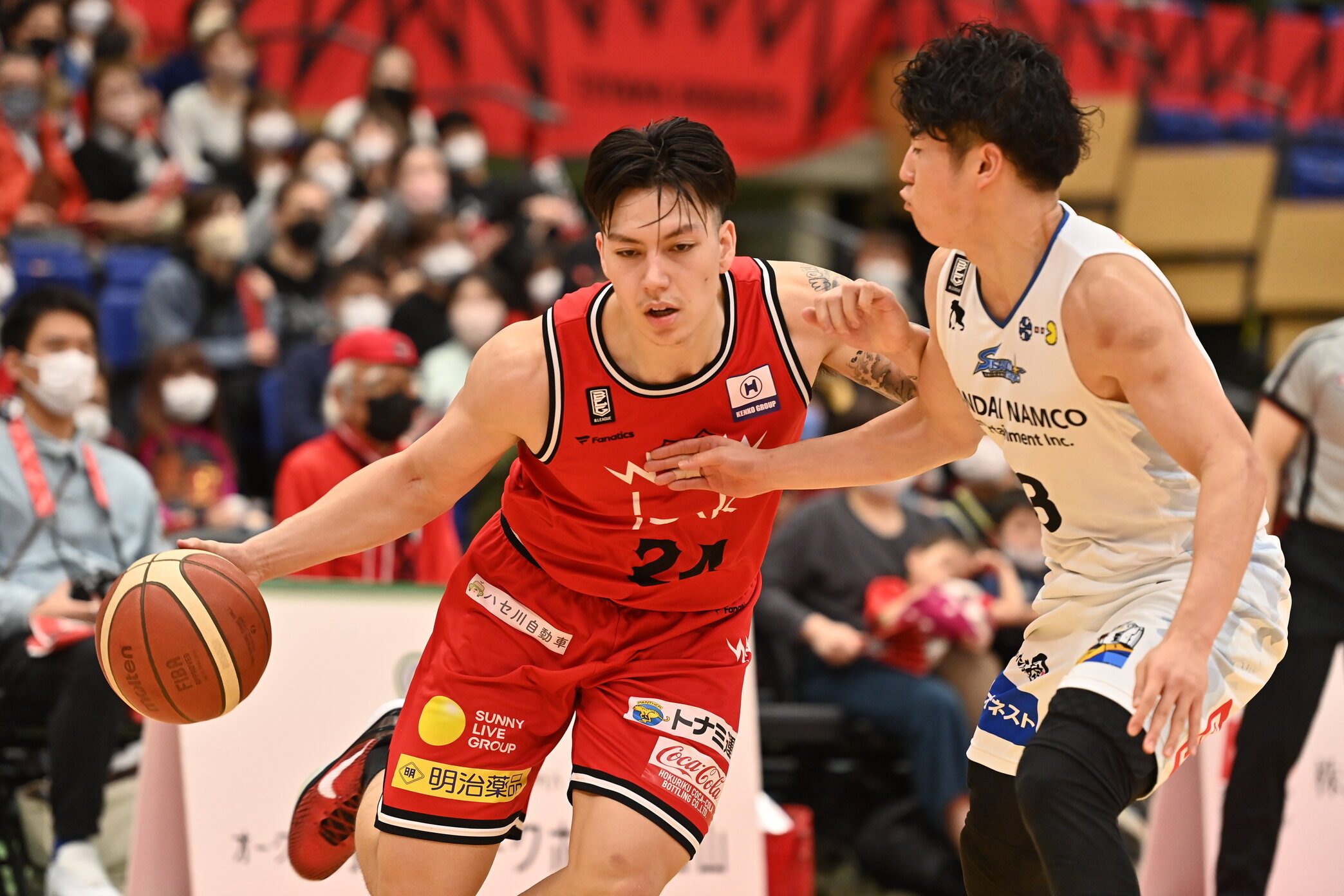 COLLAPSE. Dwight Ramos and the Toyama Grouses fail to sustain their strong start.

MANILA, Philippines – The losses continued to pile up for Dwight Ramos and the Toyama Grouses as they fell to Matt Aquino and the Shinshu Brave Warriors, 78-71, in the Japan B. League on Wednesday, March 23.

Ramos, who is coming off an 18-point performance in Toyama’s previous outing, failed to sustain his fiery form as he put up just 7 points on 3-of-10 shooting, together with 4 rebounds, 3 assists, 1 steal, and 1 block.

Aquino, on the other hand, recorded just 1 steal in his very limited playing time of 1 minute and 48 seconds for Shinshu.

With Toyama ahead by as many as 9 points, 51-42, late in the third period, the momentum suddenly shifted into Shinshu’s side as the Brave Warriors went on a 14-4 blast to overtake the Grouses, 56-55, in the opening seconds of the final frame.

It was a nip-and-tuck affair between both squads in the following minutes, and with Toyama only trailing by 4, 68-72, with 1:38 left in the game, Shinshu’s Josh Hawkinson took over and dropped 6 unanswered points to seal the victory for the Brave Warriors.

Brice Johnson topscored for the Grouses in the losing cause with 22 points, while Joshua Smith posted a double-double of 13 markers and 12 boards.

The Grouses, who absorbed their fifth straight loss, slid to a 16-27 slate, while the Brave Warriors moved up to 20-22.

Similar to Ramos, it was a cold shooting night for Kobe Paras and Ray Parks as their respective teams absorbed losses on Wednesday.

Paras missed all of his four attempts from the field and went scoreless in 18 minutes of action in the Niigata Albirex BB’s 77-62 loss to the Shimane Susanoo Magic.

The former UP Fighting Maroon Paras only finished with 1 rebound and 1 assist as the Albirex BB dropped to 5-36.

Parks, meanwhile, came up with 7 points on 3-of-8 shooting, to go along with 6 rebounds, 2 assists, and 1 block in the Nagoya Diamond Dolphins’ 93-87 defeat at the hands of the Seahorses Mikawa.

The Dolphins, who saw their short three-game winning streak come to an end, moved down to 24-11 in the standings.

Also in Division 1, Javi Gomez de Liaño and the Ibaraki Robots took down the Levanga Hokkaido, 94-82, for their fifth straight win.

Gomez de Liaño tallied 2 points, 1 assist, and 1 steal in his 9-minute run on the floor for the streaking Brave Warriors, who improved their record to 12-28.

Finally, in Division 2, Kemark Cariño and the Aomori Wat’s suffered a 101-76 beatdown against the Sendai 89ers.

The former Gilas Pilipinas project big man Cariño had 6 points on 2-of-7 shooting, 1 rebound, and 1 assist in 18 minutes of play as a starter for the Wat’s, who remained as Division 2’s worst team with a dismal 2-40 slate. –Rappler.com