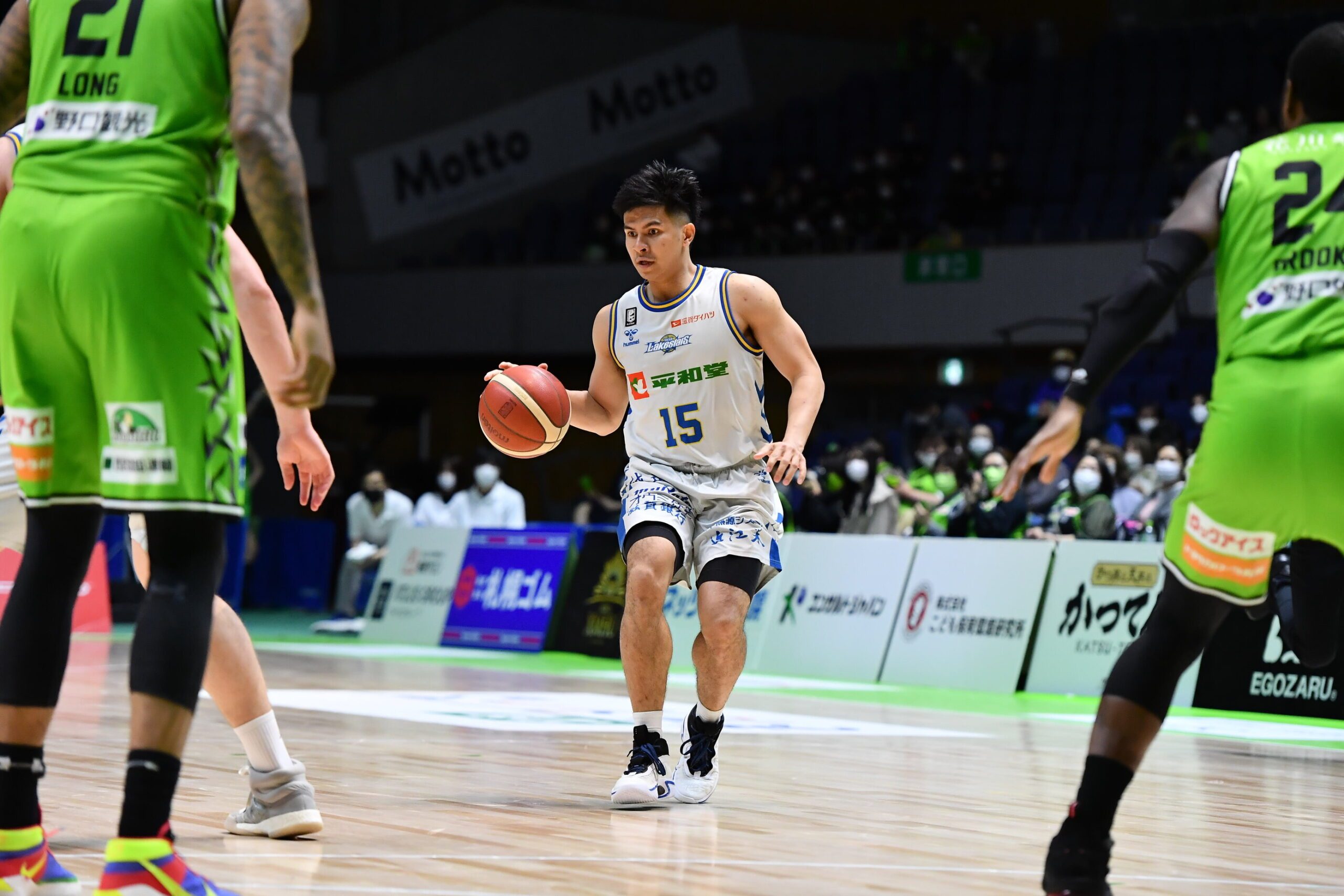 MANILA, Philippines – The Shiga Lakestars continued their up-and-down journey through the Japan B. League as they snapped their two-game skid against host team Toyama Grouses, 89-81, on Wednesday, April 20.

Kiefer Ravena showed off against fellow Filipino import Dwight Ramos with 21 points, 8 rebounds and 5 assists on the way to a 13-36 team record. World import Novar Gadson topscored in the victory with 29 points and 7 dimes.

Ramos, though, was no slouch as well, and finished with 15 points, 3 boards, 3 dimes, and 2 steals, while former NBA player Brice Johnson tallied a 21-point, 12-rebound double-double.

However, their efforts were not enough to stop Toyama skidding to its third straight defeat for a 20-32 slate.

Shiga will try to start a much-needed win streak back at home on Saturday, April 23, against the Hiroshima Dragonflies, while Toyama shoots for a successful road trip against the Kyoto Hannaryz.

Over at Nagoya, the Diamond Dolphins earned a morale-boosting 71-67 win against league powerhouse Alvark Tokyo, which saw their seven-game winning streak snapped.

This, despite Ray Parks only having 3 points, 5 rebounds, and 3 assists over 29 minutes. However, fellow imports Coty Clarke and Scott Eatherton more than made up for the scoring lack with 22 and 21 points, respectively, to lift Nagoya up to a 28-13 record.

The Dolphins now aim for their third straight win as they head to the weekend with back-to-back battles against the San-En NeoPhoenix, which still missed Pinoy star Thirdy Ravena this Wednesday evening in an 81-92 loss to the Shimane Susanoo Magic.

The Gilas Pilipinas prospect only played less than four minutes, and went scoreless as his team rose to a 14-32 record this season. The Robots now aim for a new winning streak on the road this weekend against the Levanga Hokkaido. – Rappler.com