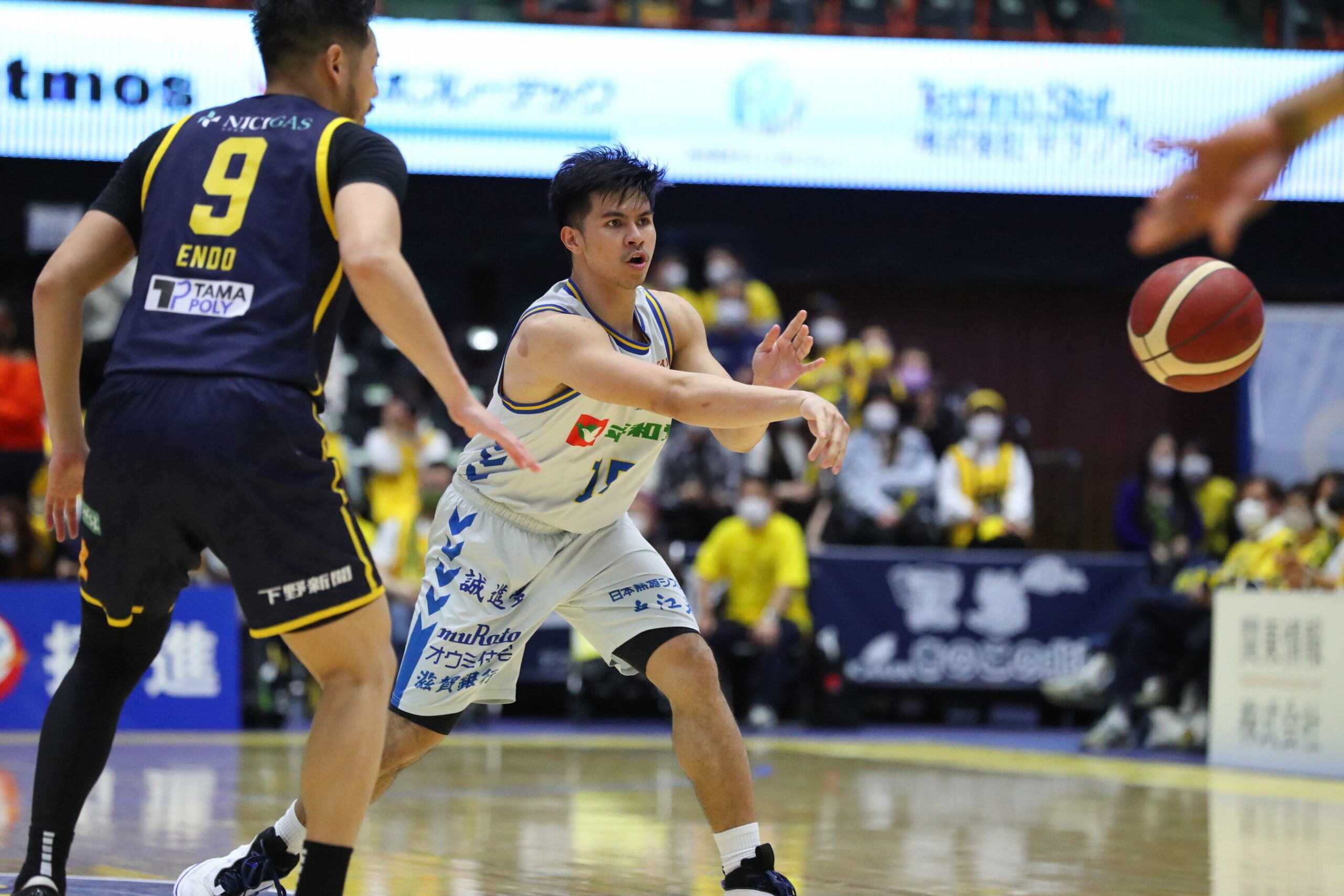 SO CLOSE. Kiefer Ravena and the Shiga Lakestars absorb a heartbreaking loss.

Facebook Twitter Copy URL
Copied
The struggles continue for Kiefer Ravena and the Shiga Lakestars as their losing streak in the Japan B. League extends to 13

MANILA, Philippines – Kiefer Ravena’s last-second jumper failed to hit the mark as the Shiga Lakestars fell to the Gunma Crane Thunders, 84-83, in the Japan B. League on Wednesday, March 30.

With the Lakestars already ahead by 3, 83-80, off a pair of charities by Ravena with just 41 seconds remaining, Gunma’s Trey Jones countered with a crucial basket to cut the deficit back to a single digit, 83-82.

Ravena then missed on a three-pointer in the next play, before committing a costly foul on Jones, who calmly hit both free throws to put Gunma on top by 1, 84-83, with just 3 seconds left on the game clock.

The Lakestars had one final chance to take the lead back in the last possession, but Ravena’s potential game-winning jumper at the buzzer rattled out.

The former NLEX Road Warrior Ravena recorded 17 points on 5-of-14 shooting, 4 rebounds, 7 assists, 3, steals, and 4 turnovers for Shiga, which continued to move down the standings with a 10-30 slate.

Michael Parker paced the Crane Thunders with 22 points and 9 rebounds, while Justin Keenan and Jones added 19 and 17 markers, respectively.

Sean O’mara, meanwhile, showed the way anew for the Lakestars with a double-double of 27 points and 10 rebounds.

Just like his older brother Kiefer’s Lakestars, Thirdy Ravena and the San-En NeoPhoenix failed to get back on the win column as they dropped to the Shimane Susanoo Magic, 91-65, for their third straight loss.

Thirdy, who was saddled with fouls all game long, tallied just 6 points on 1-of-5 shooting, to go along with 2 rebounds, 1 assist, and 2 turnovers.

After trailing by 9 points, 16-25, at the end of the opening frame, San-En failed to recover the rest of the way as Shimane, whose lead even ballooned to as many as 29 points, 91-62, late in the ball game, was just too much for the struggling NeoPhoenix to handle.

Six players finished in double figures for the Magic, with Nick Kay leading the way with 19.

On the other side, Max Histake was the only player who scored in double-digits for the NeoPhoenix with 20 as they now slid to 8-34 in the standings.

The Ravena brothers and the other Filipino imports will be back in action on Saturday, April 2 for another set of back-to-back B. League weekend matches. – Rappler.com