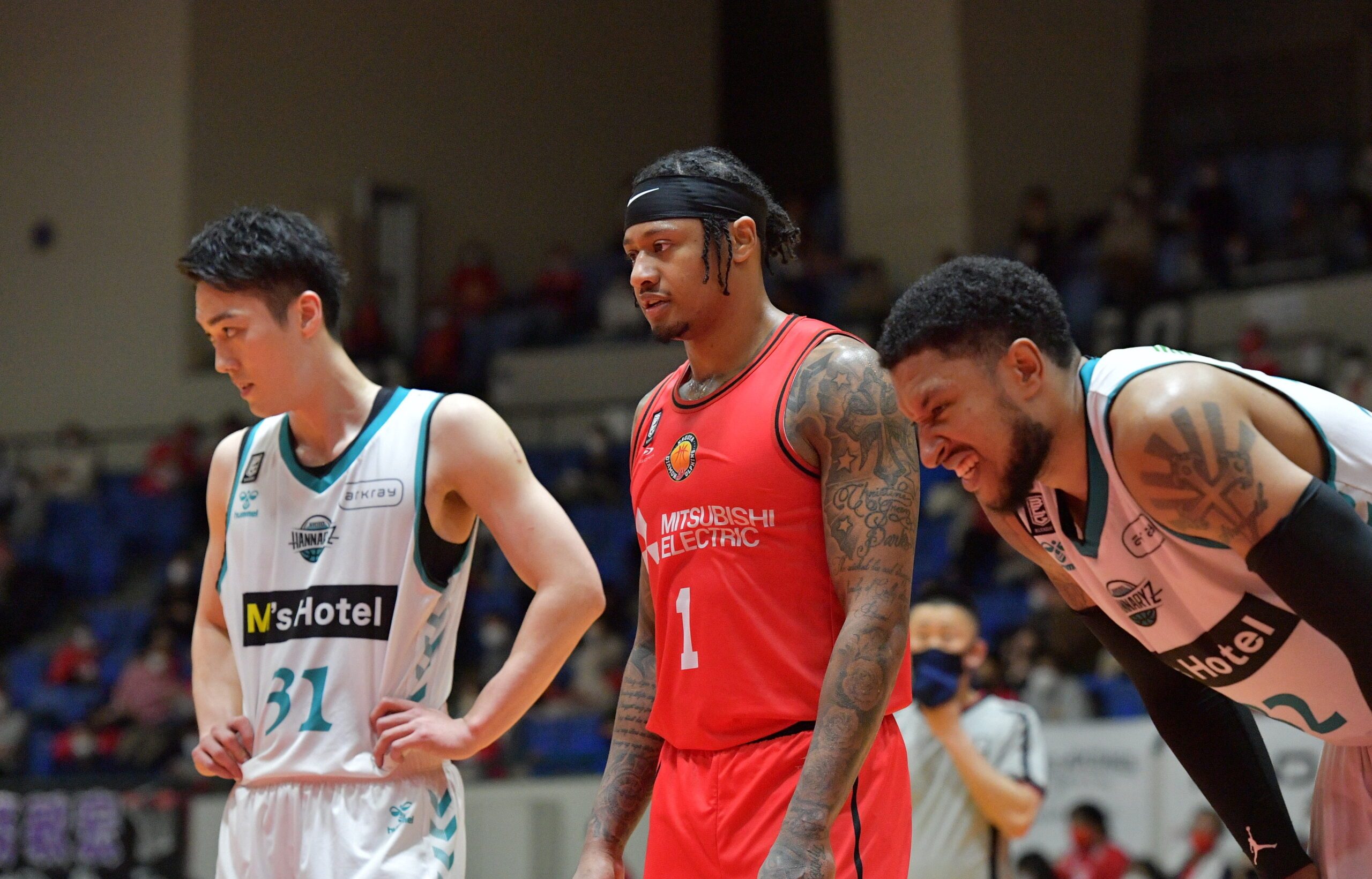 ON A ROLL. Ray Parks and Nagoya stretch their winning streak.

Facebook Twitter Copy URL
Copied
Ray Parks submits an all-around performance as Nagoya continues to move up the standings in the Japan B. League

MANILA, Philippines – Ray Parks and the Nagoya Diamond Dolphins extended their winning streak to seven games after crushing the Kyoto Hannaryz, 87-73, in the Japan B. League on Sunday, December 26, at the Dolphins Arena.

Parks, who is coming off a quiet five-point outing against the Hannaryz on Christmas Day, finished with an all-around game of 12 points, 5 rebounds, 4 assists, and 4 steals for the Dolphins as they continue to move up the standings with a 16-7 record.

Leading by only single digits at the start of the fourth period, 64-55, the Dolphins proved why they are one of the strongest teams in the league as they quickly uncorked a 10-3 run to stretch their advantage to 16, 74-58, with 6:36 minutes left to play.

The Dolphins continued to flex their dominance in the closing minutes of the final frame as they pushed their lead to as many as 20 points, 85-65, with just 2:43 remaining in the game.

Justin Harper delivered a double-double of 28 points and 12 rebounds for Kyoto in the loss, while Jerome Tillman chipped in 16 points.

The Dolphins will look to make it eight in a row when they face the Osaka Evessa on Wednesday, December 29, at 6:05 pm (Manila time).

Meanwhile, at the White Ring, Javi Gomez de Liaño and the Ibaraki Robots also completed a weekend sweep of Matt Aquino and the Shinshu Brave Warriors, 84-77.

Gomez de Liaño, who had 6 points and 6 rebounds in their 12-point win on Saturday, December 25, failed to sustain his solid play as he went scoreless in 10 minutes of action for the Robots, who moved up to 5-18 in the standings.

Aquino, on the other hand, did not see the floor in the losing effort as the Brave Warriors dropped to 9-14 – tied with Kiefer Ravena’s Shiga Lakestars.

The Robots will look to stretch their winning streak to three games when they clash with the Kawasaki Brave Thunders on Wednesday at 5:05 pm, while the Brave Warriors aim to snap their nine-game losing skid when they tangle with the Hannaryz on Wednesday at 6:05 pm. – Rappler.com