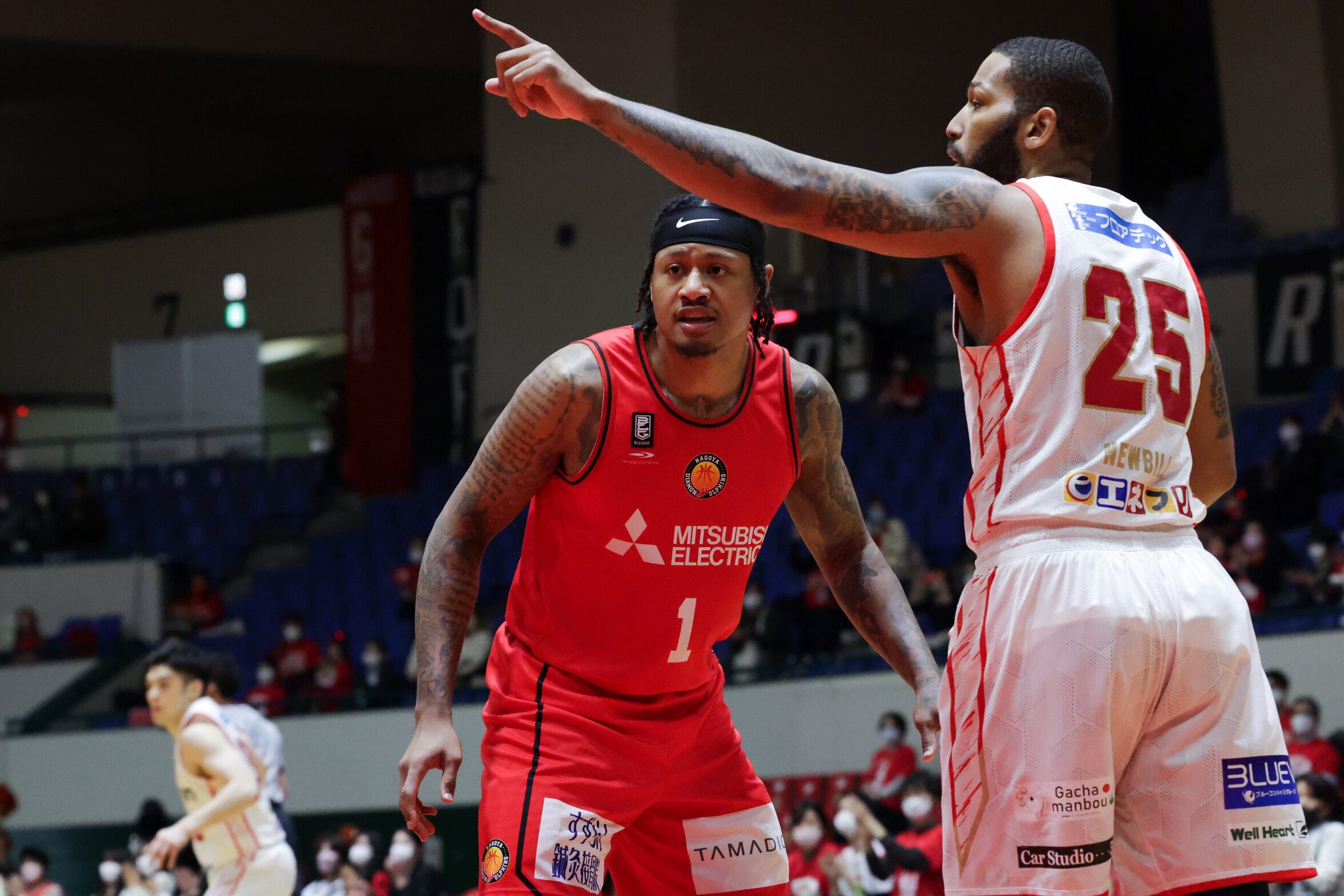 STUNNER. Ray Parks and the Nagoya Dolphins pull off one of the biggest upsets of the season.

MANILA, Philippines – Ray Parks and the Nagoya Diamond Dolphins delivered a strong message to the rest of the field in the Japan B. League after they downed the league-leading Ryukyu Golden Kings, 81-80, on Sunday, April 17.

Unlike Saturday’s encounter between the two squads which saw the Golden Kings run away with a huge 33-point advantage by halftime, the Diamond Dolphins managed to keep the game close and even grabbed the driver’s seat at the break, 42-41.

Parks finished with 12 points, including two triples, on a 66% clip from the field. He also had 5 boards but had to be pulled out with a little over two minutes remaining when he went down after Ryukyu’s hulking 6-foot-10 center Jack Cooley crashed hard on him on a rebound play.

Nagoya actually trailed by over 10 points in the fourth quarter but staged a furious rally to go up 79-78 after three free throws by Tenketsu Harimoto and a jumper by Takumi Saito.

Cooley helped the Golden Kings regain the lead, 80-79, but the Dolphins countered with Saito feeding Scott Eatherton on a screen and roll which sent the American to the free throw line after fetching a foul.

Eatherton converted both shots which turned out to be the marginal baskets for Nagoya.

Parks was sent back in for the last defensive stance of the Diamond Dolphins and helped thwart Ryukyu’s game-winning attempt.

With the victory, Nagoya – running seventh with a 27-13 record – propped up its bid for a playoff spot.

Ryukyu, which suffered just its fifth loss of the season, remained on top at 43-5.

In other games featuring Filipino imports, Kiefer Ravena and Javi Gomez de Liaño were flowing offensively but still could not help their teams chalk up victories.

For the sixth straight game, Ravena scored in double figures, sinking 6 of his 11 attempts to end up with 16 points, but the Shiga Lakestars still fell for the second straight day to Levanga Hokkaido, 100-73.

Ravena also had 3 assists and 2 rebounds but turned the ball over 6 times. The game was tight in the first half which ended with the Lakestars up by a point, 41-40.

Levanga shifted to another gear in the second half as it scored 60 points while limiting Shiga to just 32.

Ravena had very little in terms of scoring support as only Sean O’Mara produced in double figures for the Lakestars with 10 points.

Over at the Ibaraki home floor, the Hitachi City Ikenokawa Sakura Arena, the Robots finally were in action after a two-week layoff due to COVID-related game cancellations.

Gomez de Liaño was one of only eight Ibaraki players in uniform as they went up against the Yokohama B-Corsairs, who were itching to get back to the win column after suffering back-to-back losses the previous weekend.

Gomez de Liaño was given his longest playing time of the season as he was on the floor for over 23 minutes. He sank 4 triples out of 8 attempts and wound up with his best offensive output in the B. League with 14 points.

Despite his efforts, the undermanned Robots could not keep in step with the B-Corsairs who pulled away in the third quarter en route to a huge 30-point victory, 107-77.

At the Toyama City Gymnasium, Dwight Ramos and company found themselves outmatched by an Utsunomiya Brex squad on the brink of a playoff berth as the Grouses were blown out for the second straight time, 89-63.

Ramos produced 7 points and shot better from the field by going 3-of-8 compared to his Saturday performance where he only converted 1-of-6 attempts. He also grabbed 4 rebounds.

The Grouses were in the game only until the end of the first quarter where they trailed by just 2, 17-19.

A 27-point explosion by Utsonomiya in the second quarter broke the game wide open as the Brex also limited Toyama to just 13 points.

Center Josh Scott paced Utsonomiya with 21 on a perfect 9-of-9 shooting from the floor.

Leading Toyama on the scoreboard was Julius Mavunga, who typified the Grouses’ offensive struggles by topscoring with just 12 points. – Rappler.com