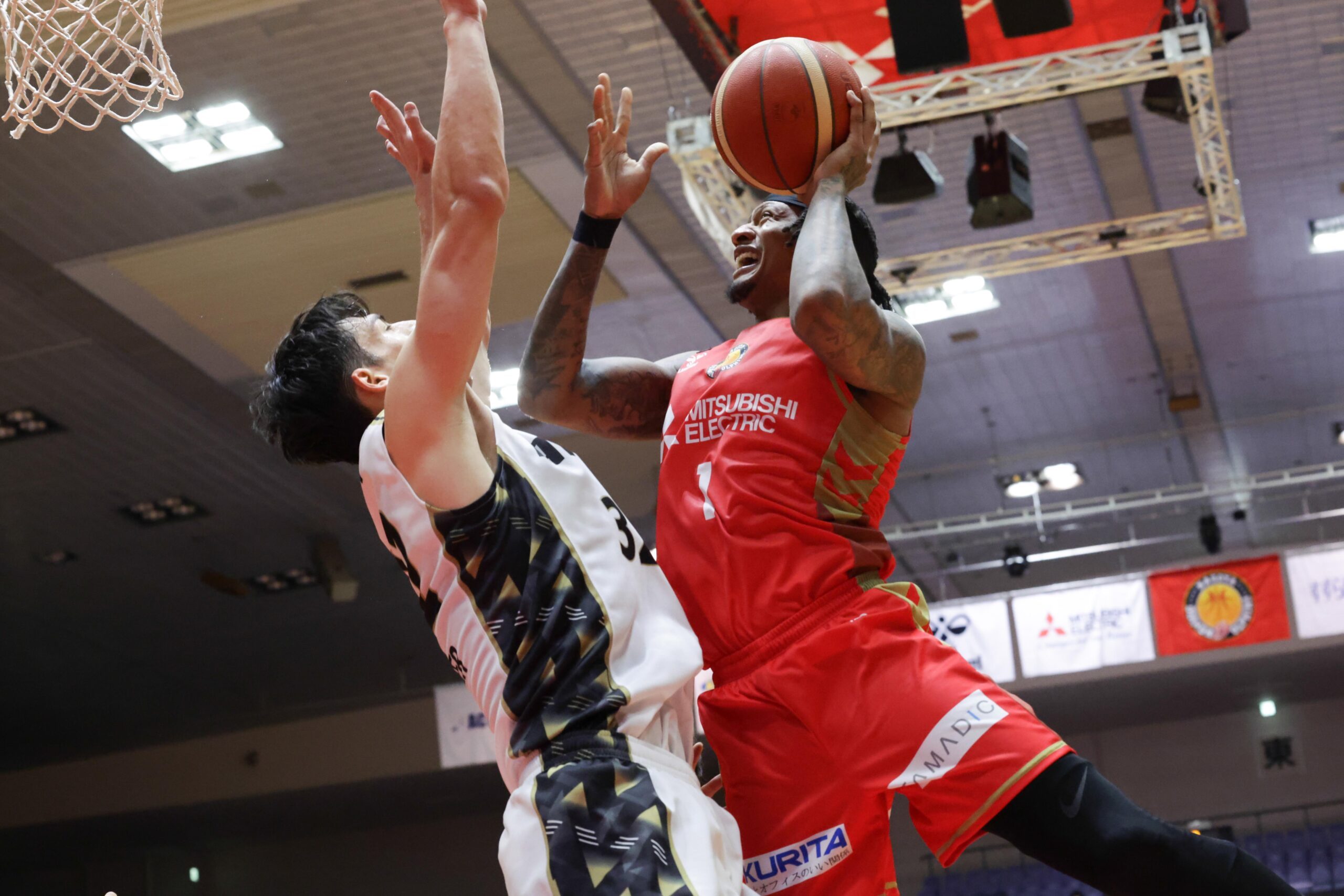 BACK IN FORM. Ray Parks rediscovers his shooting touch.

Facebook Twitter Copy URL
Copied
Ray Parks bounces back from a cold shooting performance, while six more Filipino imports finish in double-digits in scoring in the Japan B. League

MANILA, Philippines – Ray Parks and the Nagoya Diaond Dolphins completed the weekend sweep of Dwight Ramos and the Levanga Hokkaido with another convincing 112-77 win in the Japan B. League on Sunday, October 23.

After scoring just 2 points on 1-of-7 shooting in their 107-83 thrashing of the Levanga on Saturday, Parks bounced back big and dropped 16 markers on an efficient 7-of-10 clip from the field for the Dolphins.

Ramos, on the other hand, continued his solid all-around play as he tallied 10 points, 4 rebounds, 5 assists, and 3 steals in the losing effort.

Like Parks and Ramos, brothers Thirdy and Kiefer Ravena, as well as seldom-used big man Matthew Aquino all finished in double-digits in scoring for their respective Division 1 squads on Sunday.

Thirdy had 13 points, 2 rebounds, and 6 assists for the San-En NeoPhoenix in their 78-70 win over the Osaka Evessa, while Aquino stepped up big and delivered 11 points in the Shinshu Brave Warriors’ 77-62 demolition of the Sendai 89ers.

Kiefer’s 13 points, 2 rebounds, 2 assists, and 2 steals for the Shiga Lakes, meanwhile, went for naught as they absorbed another embarrassing 90-58 loss to the Chiba Jets.

In Division 2, Kobe Paras once again made his presence felt for the Altiri Chiba as they took down Roosevelt Adams and the Kagawa Five Arrows for the second straight day, 98-88.

Paras, who put up 9 points in his season debut for the Altiri on Saturday, posted 13 points on 5-of-8 shooting this time around, together with 2 rebounds, 2 assists, 2 steals, and 5 blocks.

On the other side, Adams hardly made an impact for the Five Arrows as he came up with just 2 points and 1 assists in 20 minutes.

Also in Division 2, Jordan Heading shone anew for the Nagasaki Velca, but his numbers weren’t enough as they bowed once more to the Nishinomiya Storks, 94-78.

Heading recorded 15 points in the loss – maintaining his streak of scoring in double figures – to go along with 2 assists, 2 rebounds, and 2 steals.