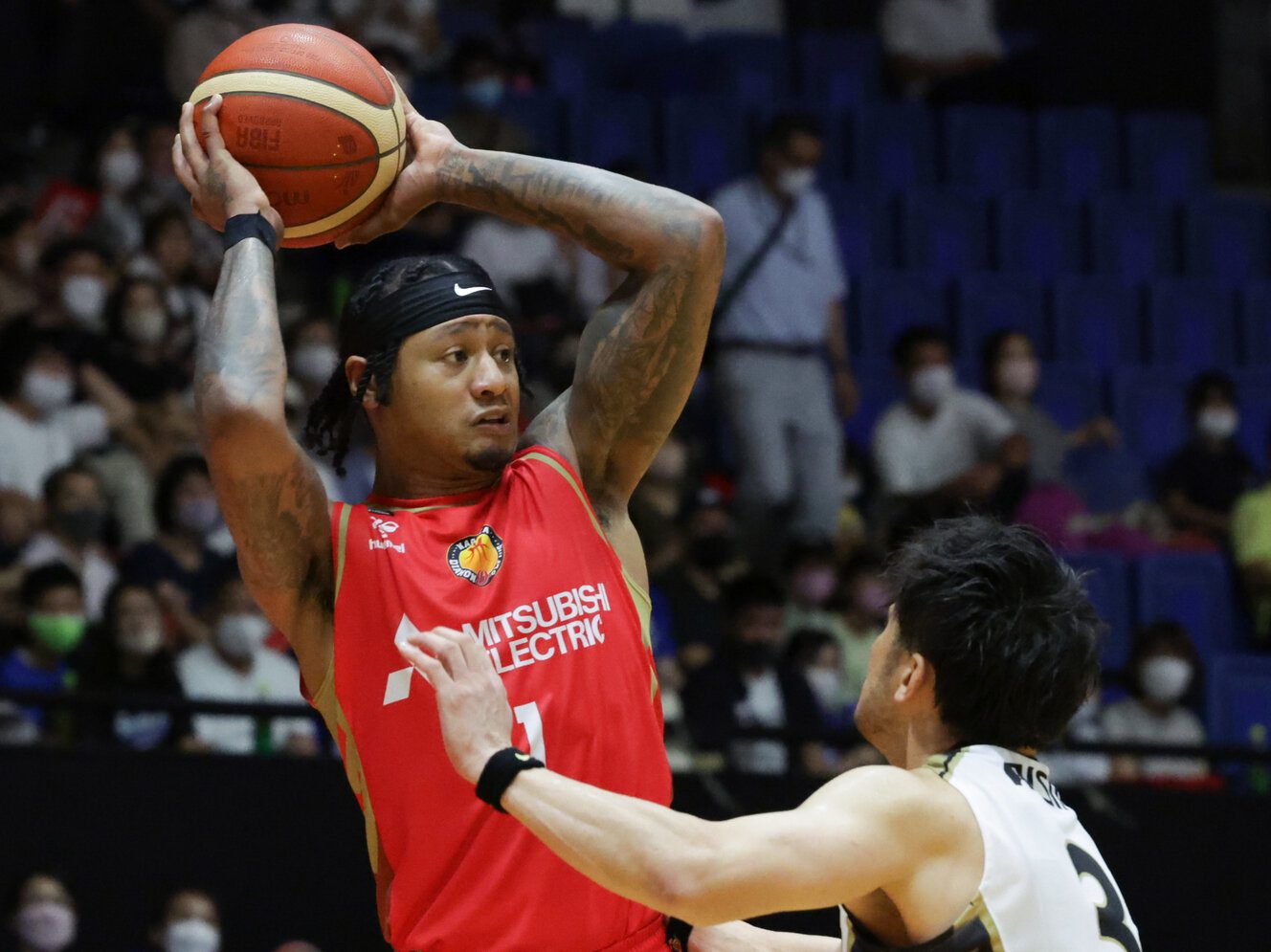 CONTENDER. Ray Parks and the Nagoya Diamond Dolphins start off strong this season.

MANILA, Philippines – After absorbing their first loss, Ray Parks and the Nagoya Diamond Dolphins returned to their winning ways with a 91-84 triumph over the Yokohama B-Corsairs in the Japan B. League on Saturday, October 15, at the Yokohama International Pool.

Parks got his first taste of action when he entered at the 5:24 minute mark of the opening quarter and finished with 8 points, 3 rebounds, 2 assists, and a steal in over 16 minutes of playing time.

The former NU Bulldogs standout immediately contributed, scoring a layup and a jumpshot to help Nagoya establish a 24-21 lead at the end of the first frame.

But Yokohama kept in pace with Nagoya until the closing minutes before Parks’ teammate Taku Saito drilled a clutch triple to help secure the win for the Diamond Dolphins.

Kiefer Ravena’s Shiga Lakes, meanwhile, figured in a second straight overtime thriller, but luck ran out on them this time as they fell to Justine Baltazar’s Hiroshima Dragonflies, 86-83, at the Ukaru-chan Arena in Otsu.

But Baltazar, the towering big man from the La Salle Green Archers, again did not see action.

The 28-year-old Ravena reached double figures anew as he recorded 10 points to go with 5 rebounds, 5 assists, and 2 steals.

Another Filipino import in Division 1 turned up on the losing end as Matthew Wright and the Kyoto Hannaryz fell to the Seahorse Mikawa, 74-69, at the Sky Hall Toyota in Aichi.

Wright did not play in his team’s previous outing due to an injury, but the former PBA star came through in his return with 10 points, 1 rebound, 4 assists, and 3 steals in almost 30 minutes as a starter.

In Division 2, Roosevelt Adams couldn’t score a winning debut as the Kagawa Five Arrows bowed to the Kumamoto Volters, 91-74, at the Takamatsu General Gymnasium in Kagawa.

Adams, the top pick in the 2019 PBA Draft, checked in at the 4:55 mark of the opening quarter and quickly scored a triple over a minute later.

The former Terrafirma Dyip player finished with 6 points and 2 rebounds.

The shooting guard was extremely efficient in almost 20 minutes of game time as he went 8-of-12 from the field, with 5 of those makes coming from beyond the arc.