Thirdy Ravena gets rare bench job as San-En falls to B. League-worst record 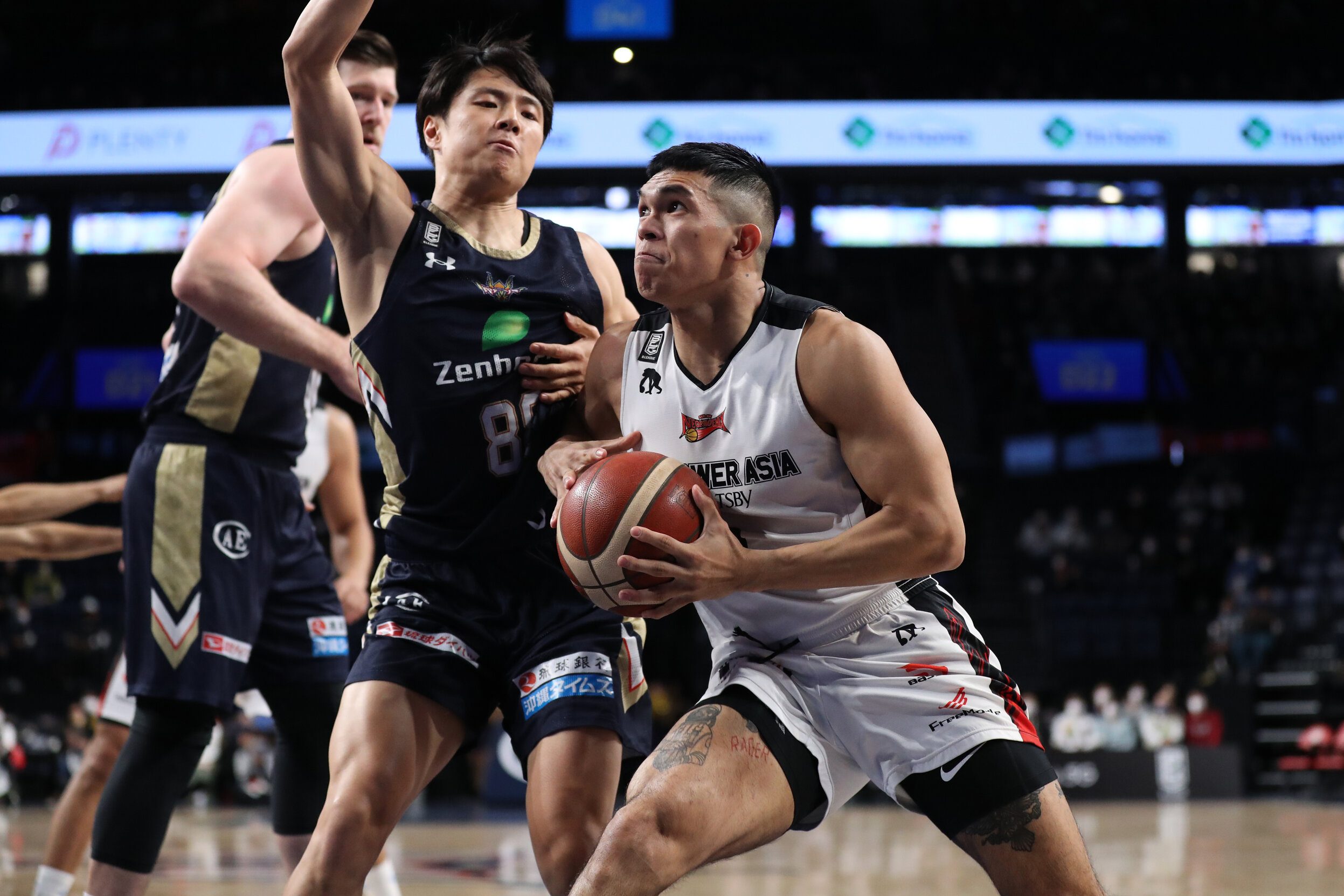 DOWNWARD SPIRAL. The struggles continue for Thirdy Ravena and the San-En NeoPhoenix.

Facebook Twitter Copy URL
Copied
Thirdy Ravena comes off the bench for the first time in 28 appearances this season as San-En plummets to the bottom of the B. League standings

MANILA, Philippines – The Ryukyu Golden Kings had themselves a light weekend in the Japan B. League as they once again manhandled the San-En NeoPhoenix, 100-72, for their 17th straight win on Sunday, February 6.

Thirdy Ravena came off the bench for the first time in 28 appearances this season, and finished with 8 points, 4 rebounds, 2 assists, and 1 steal in 21 minutes, while longtime PBA import Allen Durham bullied his way around in the win for a game-high 23 markers.

With the win, Ryukyu kept its stranglehold on the B. League’s best record at 27-3, while San-En plummeted to a league-worst 4-27 slate off their eighth straight loss. Earlier in the day, Kobe Paras and the Niigata Albirex BB left the cellar after a 96-79 blowout over the Gunma Crane Thunders.

Much like their last game on Saturday, February 5, San-En kept it close in the first half, and trailed by just 9 at halftime, 38-47.

However, the Kings again turned their offense up another notch as they rode a 15-6 start to the third quarter, capped by a Dwayne Evans layup midway through the frame for the 18-point lead, 62-44.

For a team of Ryukyu’s caliber, that was more than enough separation to close the game out as they dominated the final frame with a 29-point peak, 98-69, in the last minute of regulation.

Evans backstopped Durham with 22 points, 9 rebounds, 3 assists, 2 steals, and 1 block in just 24 minutes off the bench, while Elias Harris paced the sorry loss with just 12 markers in 22 minutes.

A majority of B. League Division 1 teams will now take a break ahead of the 2023 FIBA World Cup second Asia qualifying window, but the NeoPhoenix will make an early return on February 26 and 27 to take on Thirdy’s brother Kiefer and the Shiga Lakestars.