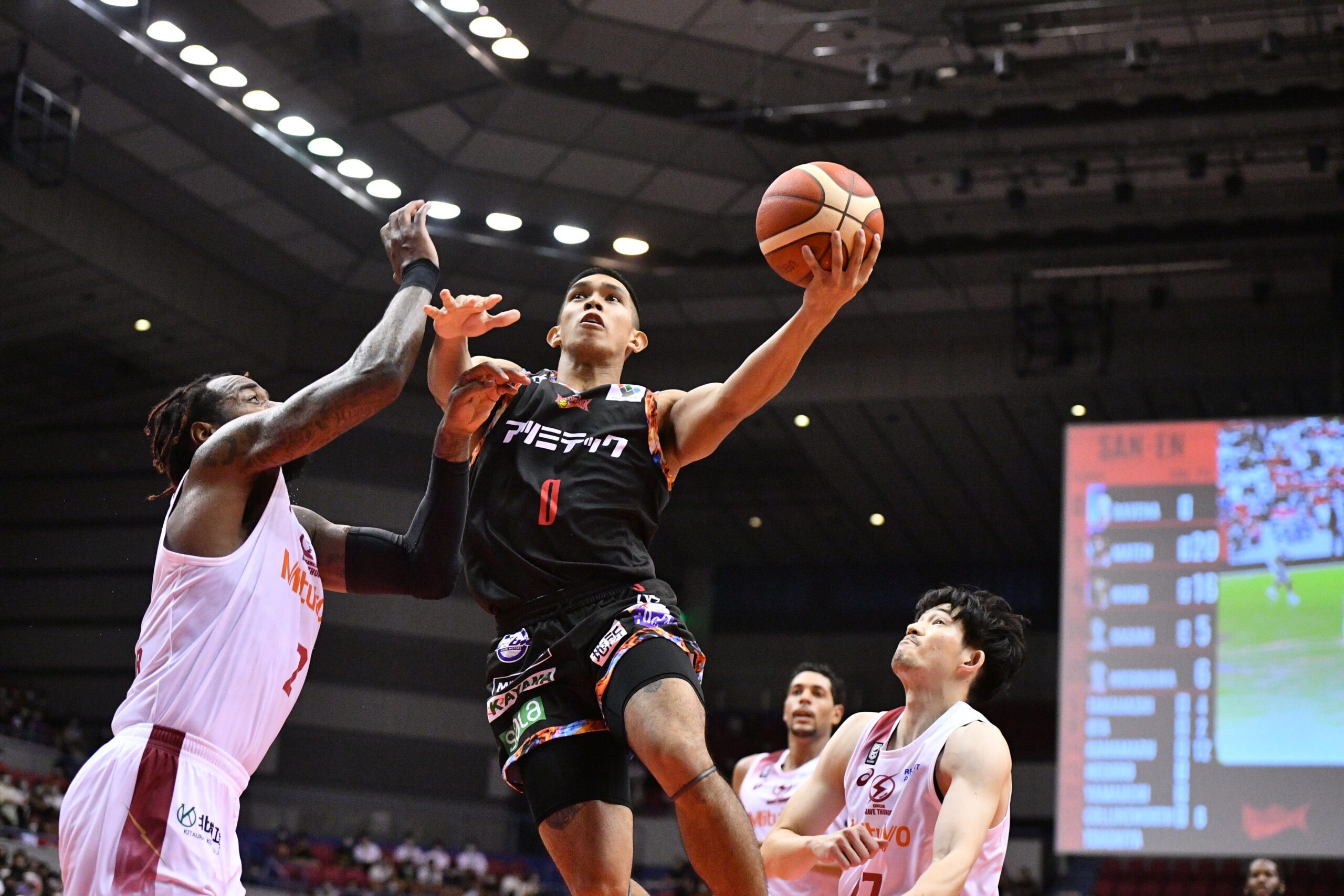 MANILA, Philippines – Thirdy Ravena’s clutch game-tying triple at the end of regulation all went to waste as the San-En NeoPhoenix suffered another heartbreaking loss to the Kawasaki Brave Thunders in overtime, 88-84, in the Japan B. League on Sunday, October 2.

With the NeoPhoenix trailing by 3, 74-77, with just 3 seconds remaining in the fourth quarter, Ravena, who went scoreless in their 87-85 loss to the same opponents on Saturday, October 1, delivered the cold-blooded fadeaway trey to send the game into extra period.

Ravena’s heroics for the NeoPhoenix, however, proved to be short-lived as the Brave Thunders got it going late in overtime, turning a 79-81 deficit to a two-possession 86-81 lead, which was too much for San-En to overcome with only 1:04 left on the game clock.

The Gilas Pilipinas swingman Ravena, who is now playing in his third season as an Asian import in the B. League, filled up the stat sheet with 18 points, 8 rebounds, and 6 assists, while shooting on an efficient 7-of-11 clip from the field.

Former PBA import and Japan naturalized player Nick Fazekas led the charge for the Brave Thunders in the victory with 21 points, 15 rebounds, and 5 assists.

Like Thirdy’s NeoPhoenix, Kiefer Ravena’s Shiga Lakes and Dwight Ramos’ Levanga Hokkaido also went 0-2 to start the 2022-2023 B. League season as they absorbed blowout losses to the Gunma Crane Thunders and the Akita Northern Happinets, respectively.

Lakes captain Ravena had 11 points on 4-of-6 shooting and 6 assists in their 92-71 loss to the Crane Thunders, while Ramos tallied 8 points, 2 rebounds, 2 assists, and 3 steals in the Levanga’s 97-74 defeat to the Northern Happinets.

Over in Division 2, Jordan Heading’s Nagasaki Velca failed to complete a weekend sweep as they bowed to the Kumamoto Volters in a tight one, 84-81.

After putting up 14 points in his B. League debut on Saturday, Heading once again scored in double digits for the Velca with 11 markers, together with 3 rebounds, 6 assists, 2 steals, and 2 blocks.