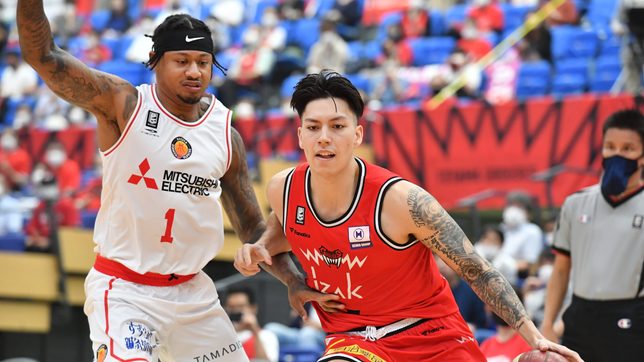 Facebook Twitter Copy URL
Copied
The Japan B. League looks to showcase the Filipino imports even as it brings its All-Star festivities online

MANILA, Philippines – The Japan B. League has announced that it will hold an alternative meet-and-greet event on Friday, January 14, following the cancellation of its All-Star weekend games.

Fans in Okinawa who bought tickets to see the on-site event will be prioritized in the online meet-and-greet, as well as 10 fans each from the Philippines, Indonesia, South Korea, China, and Taiwan.

The new online event will last 40 minutes, and will be kicked off with messages from players representing the different Asian countries, including the Philippines’ Kiefer Ravena and Indonesia’s Brandon Jawato.

The All-Stars will then have a “Talk-Skill Contest,” which is basically a question-and-answer portion with collated queries from invitees, other online fans, and other players.

The B. League originally planned a unique All-Star game pitting the Asian Quota Players against the B. League Rising Stars, composed of top rookies.

Due to COVID-19, this will now be the league’s second consecutive year of canceled All-Star festivities. – Rappler.com