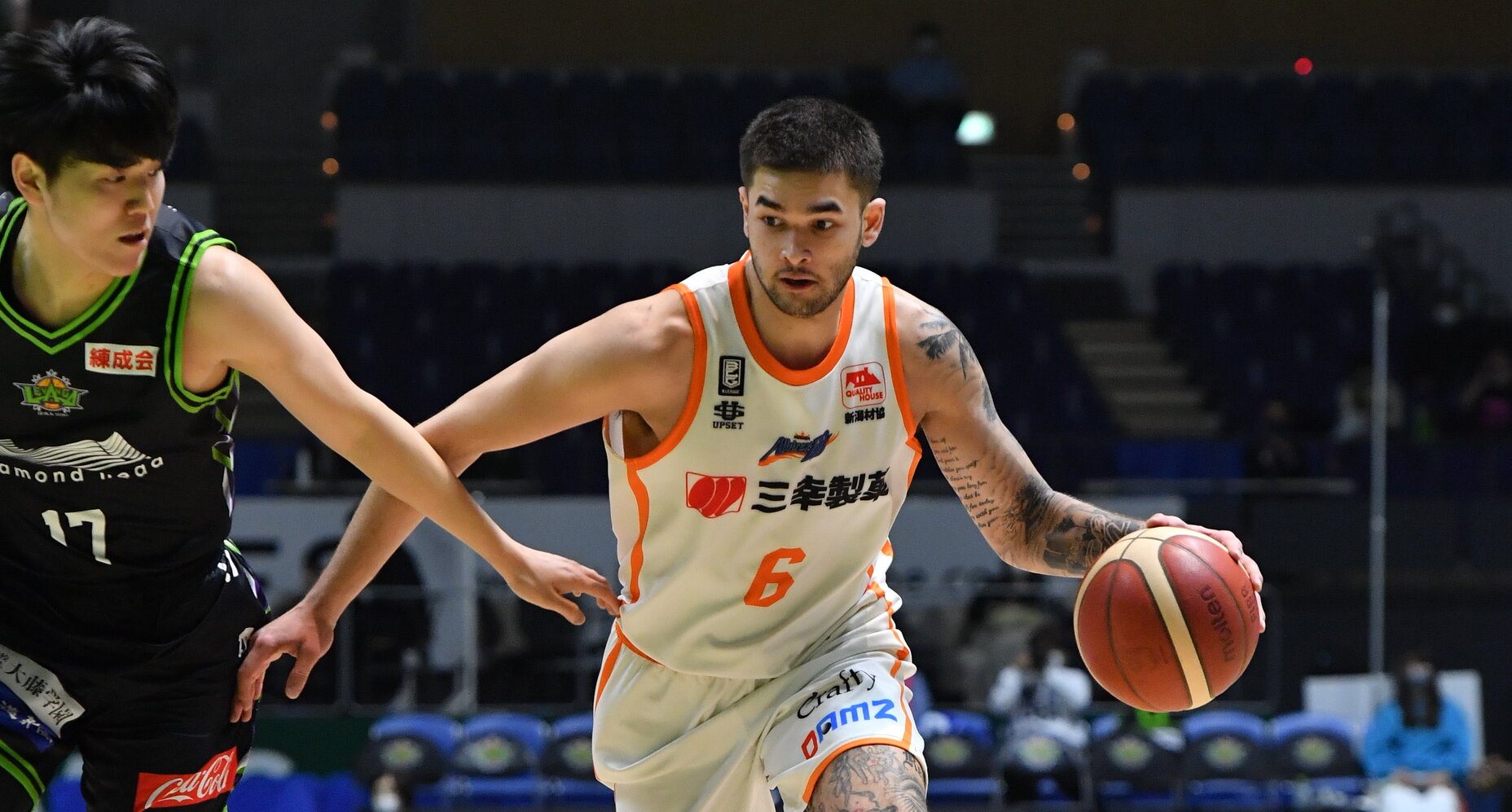 MANILA, Philippines – After almost four months, the Niigata Albirex BB are once again victorious in the Japan B. League as they snapped their horrendous 26-game losing streak off a 79-76 home thriller against the Ibaraki Robots on Saturday, January 29.

This was the struggling team’s first win since beating Thirdy Ravena and the San-En NeoPhoenix, 77-64, last October 9, 2021. They now hold a 3-27 record after starting the season at 2-1.

Meanwhile, the Robots slid to a 6-24 slate, still above last-placer Niigata in the East District.

Kobe Paras also continued his own positive streak as he finished with 10 points, 2 rebounds, 1 steal, and 1 block in just 19 minutes. After a 14-marker game against Hokkaido, this marks the Pinoy import’s first consecutive double-digit outings since October 17, 2021.

No team gained a clear advantage until the very end. Even after Niigata led by as many as 8, 72-64, midway through the fourth quarter, Ibaraki stormed right back with a clutch 12-3 run, capped by a Chey Tapscott three to seize a 76-75 lead with 37 ticks left.

However, top Albirex import Rosco Allen stayed composed, and quickly buried a go-ahead triple of his own, 78-76, with 20 seconds left. Ibaraki captain Atsunobu Hirao then missed a tying jumper on the other end, leading to a foul on Allen to stop the clock.

Allen then sank his first freebie and clanked his second, which, luckily for Niigata, led to Ibaraki’s Marc Trasolini sliding straight out of bounds off the rebound.

Although Allen missed two more foul shots after that, time eventually ran out for the Robots as the Albirex finally earned their third win of the season.

Allen led all scorers with 26 points on 9-of-17 shooting, while Eric Jacobsen paced the loss with 21 markers on a 10-of-15 clip. Ibaraki’s Asian Quota import Javi Gomez de Liaño, meanwhile, remained deactivated from the roster.

“We’re obviously very happy for this win. It’s been a long time coming. Thank you for coming out and supporting us,” Allen said after the game.

Niigata will now try to sweep Ibaraki in the Sunday, January 30 rematch at 2:05 pm, Manila time.