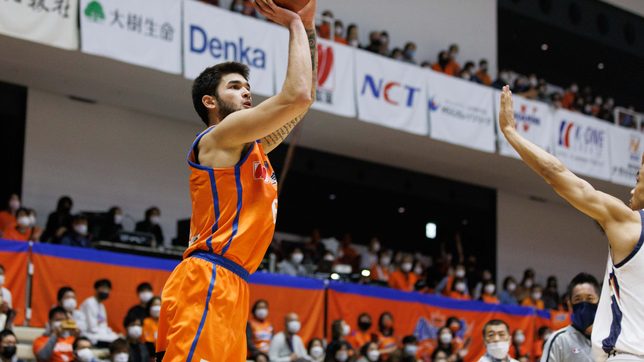 OFF FORM. Kobe Paras struggles just as much as the Niigata Albirex BB.

Kobe Paras and the Niigata Albirex BB still couldn’t put an end to their long and painful losing skid as they fell short anew against the top-seeded Ryukyu Golden Kings, 71-63, in the Japan B. League on Sunday, November 7 at the City Hall Plaza Aore Nagaoka.

After finishing with only 7 points on 3-of-13 shooting in their 86-75 loss to the Golden Kings on Saturday, Paras’ shooting woes continued as he put up just 5 points on 2-of-7 shooting in 15 minutes of play as the Albirex BB now dropped to 2-9 in the standings.

Leading by a single point, 35-34, at halftime, the Albirex BB failed to capitalize on their slim advantage as they were outscored by the surging Golden Kings in the third period, 17-14, for a 51-49 lead entering the final frame.

The Golden Kings never looked back and quickly uncorked a 9-0 run in the first four minutes of the quarter to stretch their lead to 11, 60-49, putting away the struggling Albirex BB for good.

Dwayne Evans delivered an all-around game of 23 points, 7 rebounds, and 6 assists for the Golden Kings, while three-time PBA Best Import Allen Durham contributed a double-double of 16 markers and 10 boards.

Rosco Allen had his own double-double of 15 points and 12 rebounds for the Albirex BB, while Yuto Nohmi added 13 markers.

Niigata, which last won a game on October 9, will look to finally secure a much-needed victory and pull off an upset against the Kawasaki Brave Thunders on Wednesday, November 10 at 6:05 pm, Manila time.