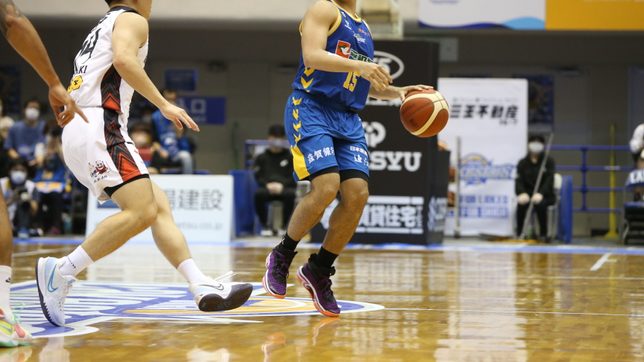 BIRTHDAY BOY. Kiefer Ravena didn't get to celebrate his birthday with a win.

Facebook Twitter Copy URL
Copied
After a hot start into the season, Kiefer Ravena and the Shiga Lakestars absorb their second loss in the last three games

With the win, the Thunders sparked up to a 6-3 record while the Lakestars dropped their second game in three tries for a similar 6-3 slate.

Decorated Japan B. League veteran and former NBA player Nick Fazekas led the balanced attack with 14 points on 5-of-11 shooting, to go with 8 rebounds and 5 assists in 27 minutes, while import Jordan Heath churned out a 13-marker, 11-board double-double.

On the other end, Ravena scored 9 of his 13 points in a meaningless fourth quarter run, and finished with just 1 assist and 1 steal as peripheral stats.

The game was practically over from the get-go as the visiting Kawasaki squad soared to a 13-0 start in just two minutes, before a last-second Ravena jumper set the Shiga deficit at 10, 17-27, at the end of the first quarter.

After a back-and-forth second period, the Thunders then blew the game wide open, and never looked back at the start of the third frame after a 13-4 attack for a 19-point peak, 59-40, off a Ryusei Shinoyama jumper at the 6:24 mark.

Ravena and Shiga will have a tough mountain to climb to get back in the winners’ circle as they next face the defending champion Chiba Jets on Saturday and Sunday, November 6 and 7, following a league-wide 10-day break.