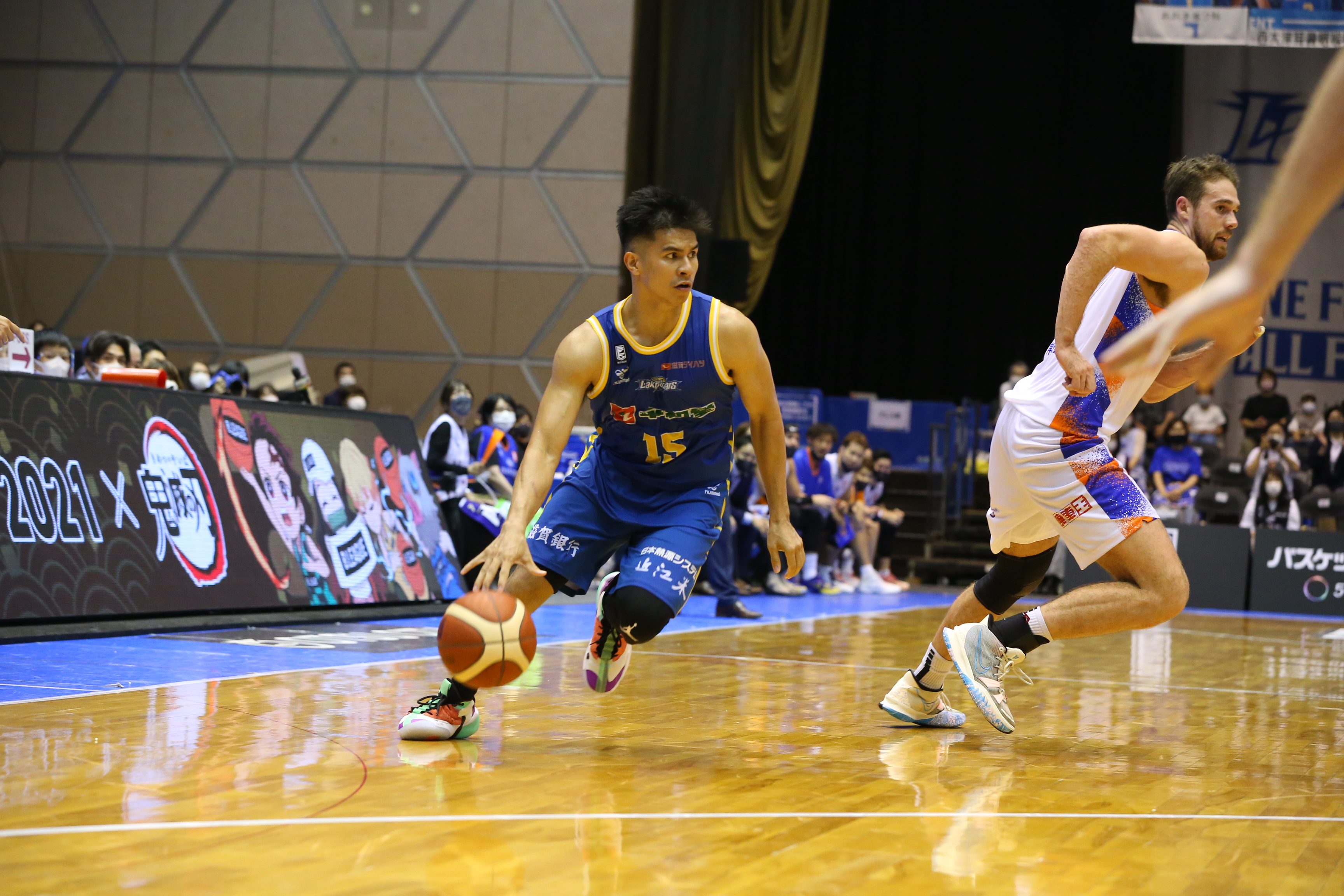 ON A ROLL. Kiefer Ravena and Shiga keep a share of the top spot.

Kiefer Ravena and the Shiga Lakestars extended their winning streak to three games after holding off the Kyoto Hannaryz in the clutch, 84-83, in the Japan B. League on Saturday, October 16 at the Kyoto City Gymnasium.

After averaging 13.8 points and 6.8 assists in his first four outings for the Lakestars, Ravena failed to sustain his stellar all-around play as he finished with just 6 points on 1-of-7 shooting, along with 2 steals and 1 rebound in the victory.

Knotted at 77-all with less than two minutes left in the final frame, imports Novar Gadson and Ovie Soko converted on back-to-back possessions to give the Lakestars a 5-point advantage, 82-77, with 1:18 remaining in the game.

The Hannaryz countered with a quick 4-0 run to cut the lead to just a point, 81-82, but Gadson delivered another crucial basket for the Lakestars to bring the lead back to 3, 84-81, with 20 seconds left on the clock.

Kyoto’s Justin Harper drilled two free throws in the following possession to pull the Hannaryz back to within 1, 83-84, before Ravena missed two crucial free throws that could’ve given the Lakestars some breathing room with 11 seconds left to play.

Luckily for Ravena and the Lakestars, Hannaryz import Worth Smith failed to hit the potential game-winning shot at the buzzer.

Soko topscored for the Lakestars with 26 points to go with 14 rebounds, while Gadson added 15 markers, 7 boards, and 6 assists as they remained on top of the standings with a 4-1 record.

Harper led the way for the Hannaryz with 25 points, while Tatsuya Suzuki and Smith contributed 20 and 19 points, respectively.

Ravena and the rest of the Lakestars will gun for another weekend sweep as they clash once again with the Hannaryz on Sunday, October 17 at 1:05 pm, Manila time.