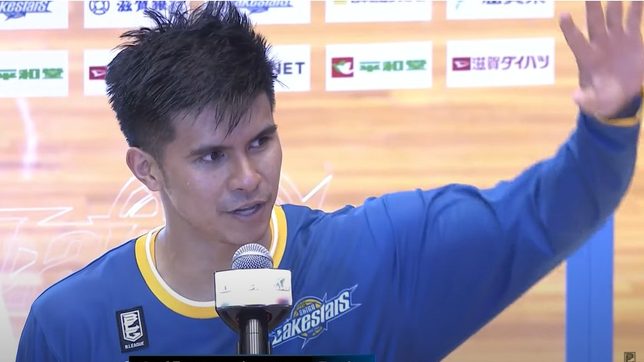 Kiefer Ravena got the last laugh over his younger brother Thirdy in his Japan B. League debut as the Shiga Lakestars mounted a 22-point comeback for a 93-83 stunner at home over the San-en NeoPhoenix on Saturday, October 2.

The NeoPhoenix only recorded their first field goal of the entire final frame with only 1:55 left off a Robert Carter corner three, which proved to be too little, too late as the Lakestars cruised to a rousing home win.

Kiefer took over facilitating duties in the endgame to great effect, and finished with 11 markers, 8 assists, 3 rebounds, and 3 steals with no turnovers to boot.

On the other end, San-en import Elias Harris led the heartbreaking meltdown loss with a game-high 19 points on 8-of-11 shooting.

After that crushing loss, the NeoPhoenix will have no time to grieve as they immediately battle the Lakestars again on Sunday, October 3, 1:35 pm.