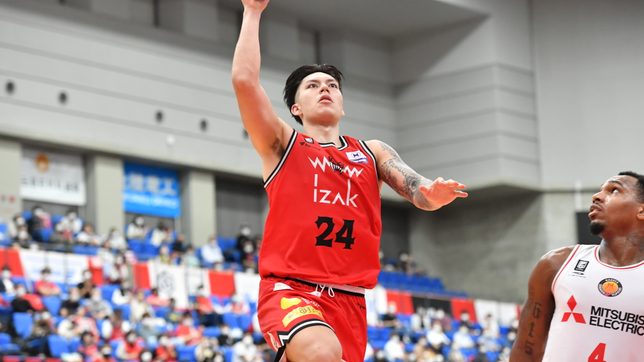 Dwight Ramos came up big for the Toyama Grouses as they took down the Osaka Evessa for their first win of the season, 82-67, in the Japan B. League on Wednesday, October 27 at the Toyama City Gymnasium.

Ramos exploded for a team-high 20 points on a very efficient 8-of-14 shooting, to go with 6 rebounds and 3 assists as the Grouses improved to 1-8 – tied with the Javi Gomez de Liaño-less Ibaraki Robots at the bottom of the standings.

Coming off a heartbreaking 83-80 loss to the Ryukyu Golden Kings on Saturday, Ramos and the Grouses came out with guns blazing as they built a 12-point advantage at the end of the opening period, 27-15.

The Grouses, however, failed to sustain their momentum in the second frame as they were outscored by the Golden Kings, 24-14, to cut the double-digit advantage to just 2, 41-39 at halftime.

Luckily for the Grouses, with the score knotted at 65-all with only 6:52 remaining in the game, their offense suddenly came alive once again as they finished the game on a fiery 17-2 run to pull away from the Evessa for good and finally capture their first victory of the 2021-2022 season.

Julian Mavunga backstopped Ramos with an all-around game of 16 points, 8 rebounds, and 6 assists, while former TNT import Joshua Smith added 15 markers and 9 boards for the Grouses in their 15-point win.

Perry Ellis topscored for the Evessa with 13 points, while DJ Newbill, Kyle Hunt, and Rei Goda finished with 12 points apiece in the losing effort.