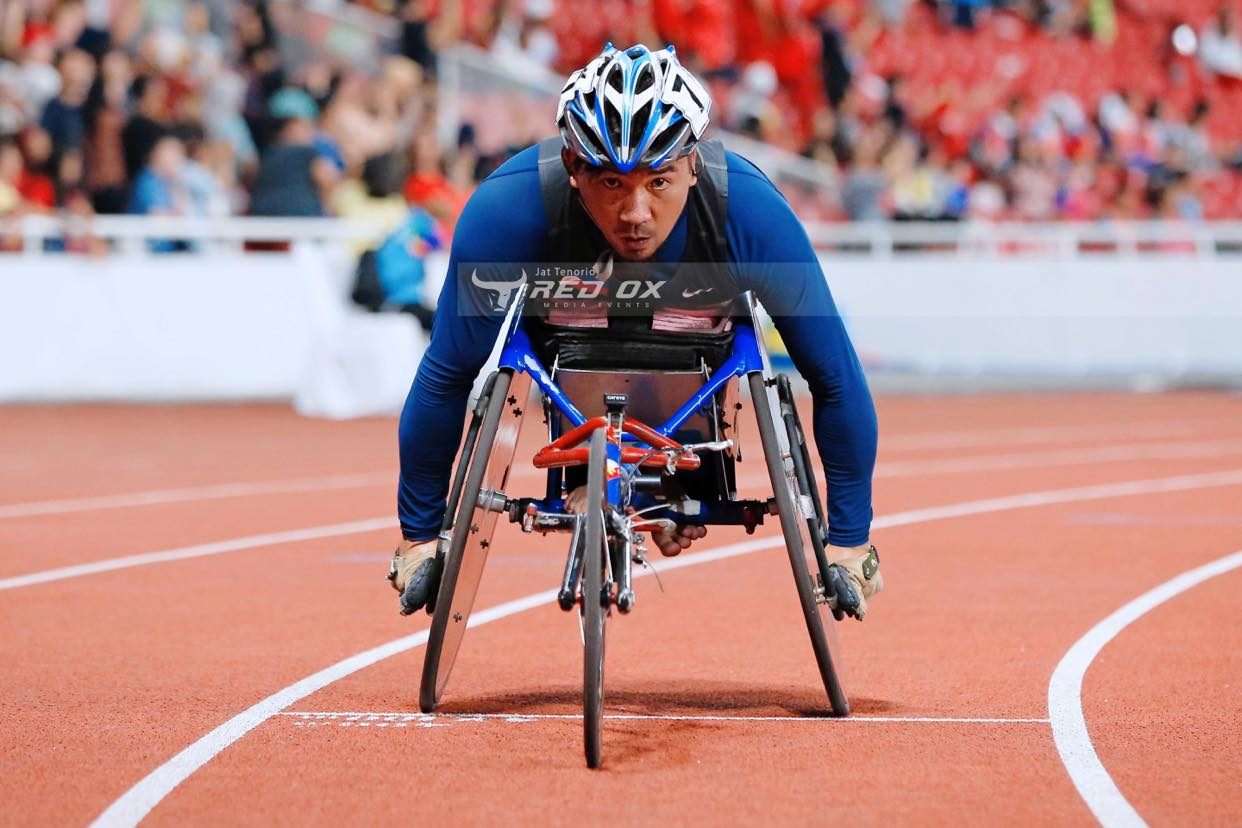 EXTRA MOTIVATED. Jerrold Mangliwan hopes to crash back into the final for the T52 men's 400m race

Jerrold Mangliwan said he’s extra motivated to open his Tokyo Paralympics stint as his wheelchair racing coach Joel Deriada will not be by his side.

Deriada tested positive for COVID-19 in the pre-departure test, which barred him from traveling to Tokyo, but disclosed that he turned up with a negative result in the succeeding test.

(This one is for my coach. He got left behind, so I should do my best to make it to the finals and bring glory to the country.)

Mangliwan will begin his second Paralympics campaign in his pet event, the T52 400m race – where he finished seventh in the final of the 2016 Rio Games – on Friday, August 27, 9:43 am, Philippine time at the Olympic stadium.

Only the top three finishers from each of the two heats and the two next fastest wheelchair racers among the 13 entries will complete the eight-man cast in the finals scheduled at 7:16 pm, Philippine time.

Despite being away from Mangliwan, Deriada continues to encourage and communicate with the 41-year-old from Tabuk, Kalinga.

“I told Jerrold that there are some things that we might not understand but to use what happened to me as added motivation to do his best,” said the coach.

“Dapat huwag siyang (Mangliwan) panghinaan ng loob (He shouldn’t feel let down by this). We may not understand why this happened, but I believe that it will be for the good of all of us.”

Aside from Mangliwan, para swimmer Ernie Gawilan will also be opening his World Para Games campaign in the men’s 200m individual medley SM7 on Friday, 9:03 am, Philippine time.

He will be competing in the first of three heats where only the top eight swimmers overall will see action in the final at 5:52 pm, Philippine time.

Like the veteran wheelchair racer, this is Gawilan’s second straight Paralympic Games. The 30-year-old swimmer looks to build on his regional dominance after emerging as the most bemedalled Filipino athlete with three golds and two silvers in the country’s historic campaign in the 2018 Asian Para Games.