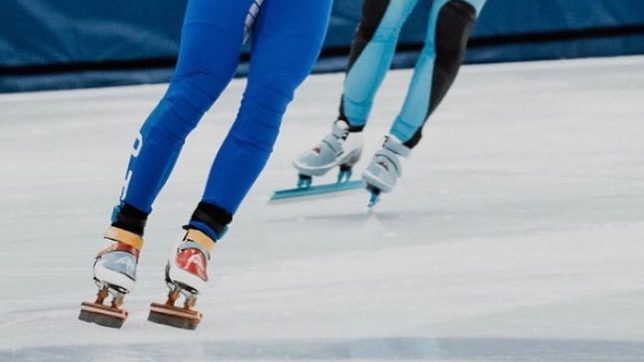 STRUGGLE. It has been a rough campaign for Julian Macaraeg in the first two stagings of the ISU Short Track World Cup.

Facebook Twitter Copy URL
Copied
Julian Macaraeg falls short of qualifying for the next round of the men's 1000m event in the second staging of the ISU Short Track World Cup in Nagoya, Japan

Macaraeg finished fourth in his heat in the men’s 1000m distance after clocking 1:33.573, with only the top two from each heat and a maximum of six fastest third-place skaters advancing.

At second place midway through the race, Macaraeg got overtaken by Belgium’s Stijin Desmet (1:32.158) and France’s Tawan Thomas (1:32.262) as he failed to qualify for the next round in all of his events in Nagoya.

The 18-year-old also did not make it past the opening rounds of the 1500m and 500m events on Thursday.

It has been a rough campaign for Macaraeg in the first two stagings of the World Cup, which serves as a qualifier for the 2022 Beijing Winter Games.

Seeking to become the first Filipino short track speed skater to reach the Olympics, Macaraeg will return to action in November for the last two World Cups in Hungary and Netherlands. – Rappler.com