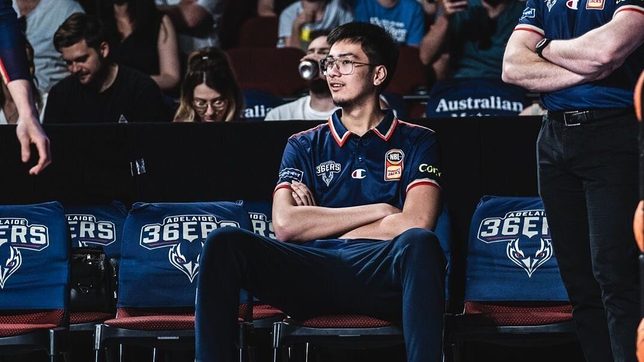 NEW YEAR. Kai Sotto and the Adelaide 36ers hope to return to action on January 7.

Facebook Twitter Copy URL
Copied
‘Started the year rough but I just believed it'll all become better as long as I believe in myself,’ says Kai Sotto, admitting that 2021 was a ‘mental battle’

MANILA, Philippines – After a challenging 2021, Filipino wunderkind Kai Sotto is now all fired up for what’s yet to come after sharing a bit of his personal struggles on social media on New Year’s Day Saturday, January 1.

“Started the year rough but I just believed it’ll all become better as long as I believe in myself,” he wrote on Instagram. “‘God gives his toughest battles to his strongest soldiers’ is what I always tell myself.”

“This year was the first year when I had my birthday, and New Year’s away from family and home, but I believe these sacrifices will all turn out to be ones that will strengthen me at the end of the day,” continued Sotto, who shared that 2021 was more of a mental battle rather than a physical one.

The timing couldn’t have been any worse for both Sotto and Adelaide as a whole, as the Sixers got demolished by the Cairns Taipans, 67-93, in their last game back on December 18, which also happened to be Sotto’s official professional debut.

There, the 7-foot-3 prospect, after missing more than a month due to a right knee injury, impressed with a line of 1 point, 3 rebounds, 2 assists, and 2 blocks in just under 10 minutes off the bench.

Unless more postponements occur due to league and government health protocols, Sotto can show off more of his sky-high potential on Friday, January 7, 4:30 pm, Manila time, against the Perth Wildcats. – Rappler.com