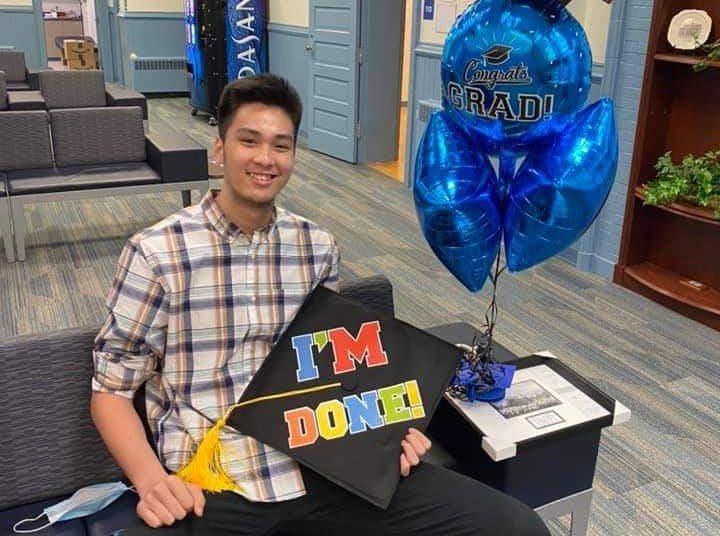 STUDIES. Despite his hoop commitments, Kai Sotto continued to attend school in Ohio.

Academics never stopped for Kai Sotto amid his pursuit of the NBA dream in the United States.

Sotto first attended Ateneo High School, which he led to a UAAP Season 80 juniors championship, before he left the Philippines to train in the US in a bid to become the first homegrown Filipino to reach the NBA.

In the US, the 7-foot-3 big man suited up for The Skills Factory in Atlanta and signed to play for Ignite, the professional pathway program of the NBA G League.

Despite his hoop commitments, Sotto continued to attend school in Ohio.

It is also in Ohio where Sotto is building his Kaiju Global Academy, a premier sports facility that will feature basketball courts, a football field, and an indoor track oval. – Rappler.com