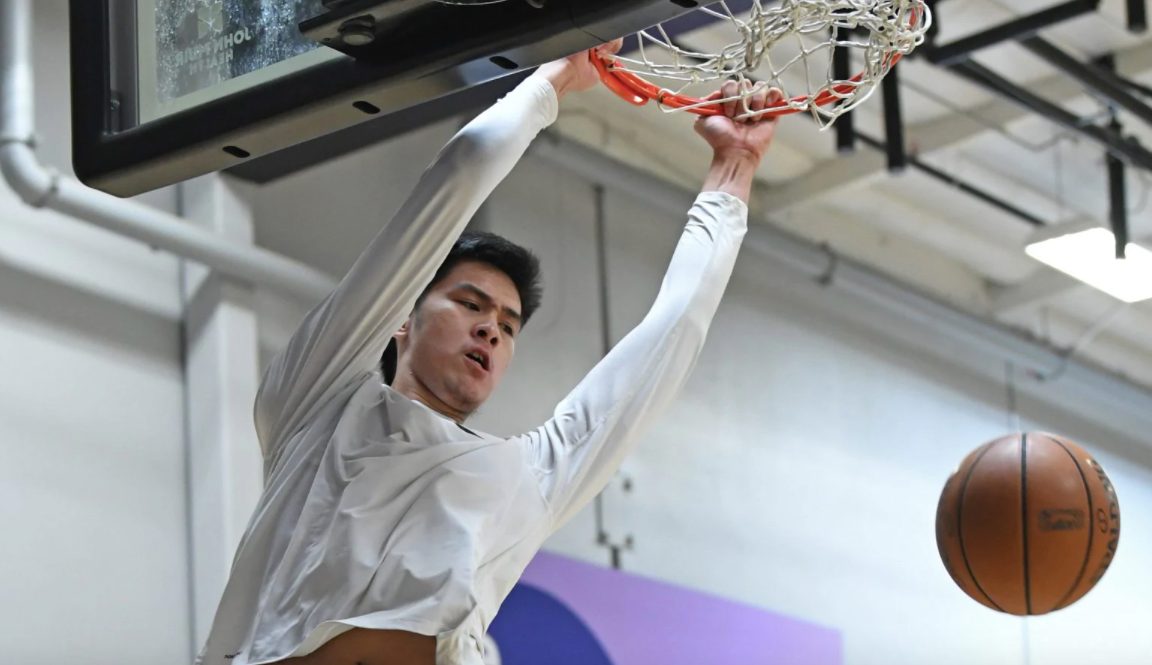 NEW CHALLENGE. Kai Sotto looks to test his wares in Australia this time.

Filipino wunderkind Kai Sotto’s professional basketball journey is back on track as he is signing a multi-year deal with the Adelaide 36ers of the Australian NBL on Wednesday, April 21, per The Athletic’s Shams Charania.

Per Sotto’s handlers East West Private, the 7-foot-3 unicorn is also skipping the 2021 NBA Draft due to eligibility issues, and will instead focus on training for the 2022 edition of the event.

Although his stint controversially ended without having played a single game for Ignite, Sotto is now set to join an elite league that starred former NBA champion Andrew Bogut and current star rookie LaMelo Ball.

“The NBL is one of the best leagues in the world and a great league to develop players like Kai Sotto who want to take their game to the next level by playing alongside seasoned professional players in a super competitive league,” said NBL commissioner Jeremy Loeliger in a statement.

Prior to joining the NBL and NBA G League, the 18-year-old titan also garnered significant interest from other pro teams, most notably from the EuroLeague.

“After a pretty intensive negotiation with a lot of people, it was determined that it was the best spot for Kai Sotto to play with the Adelaide 36ers of the Australian basketball league,” Sotto’s agent Joel Bell said during the Smart virtual press conference.

“There were a lot of reasons to this. Number one, the Australian league is an outstanding league. All you have to do is look at the number of players that have gone there to the NBA. Number two is in the 36ers, the management and coaching staff is just the best I’ve ever seen.”

“Kai realizes that he has work ahead of him as all rookies do when coming in to this tough league, but his combination of height and developing skill-set give him every chance to raise his game,” added Adelaide 36ers general manager of basketball Jeff Van Groningen. “With hard work, his ceiling for growth is very high.”  – Rappler.com