Russian Valieva takes the ice after being cleared to compete 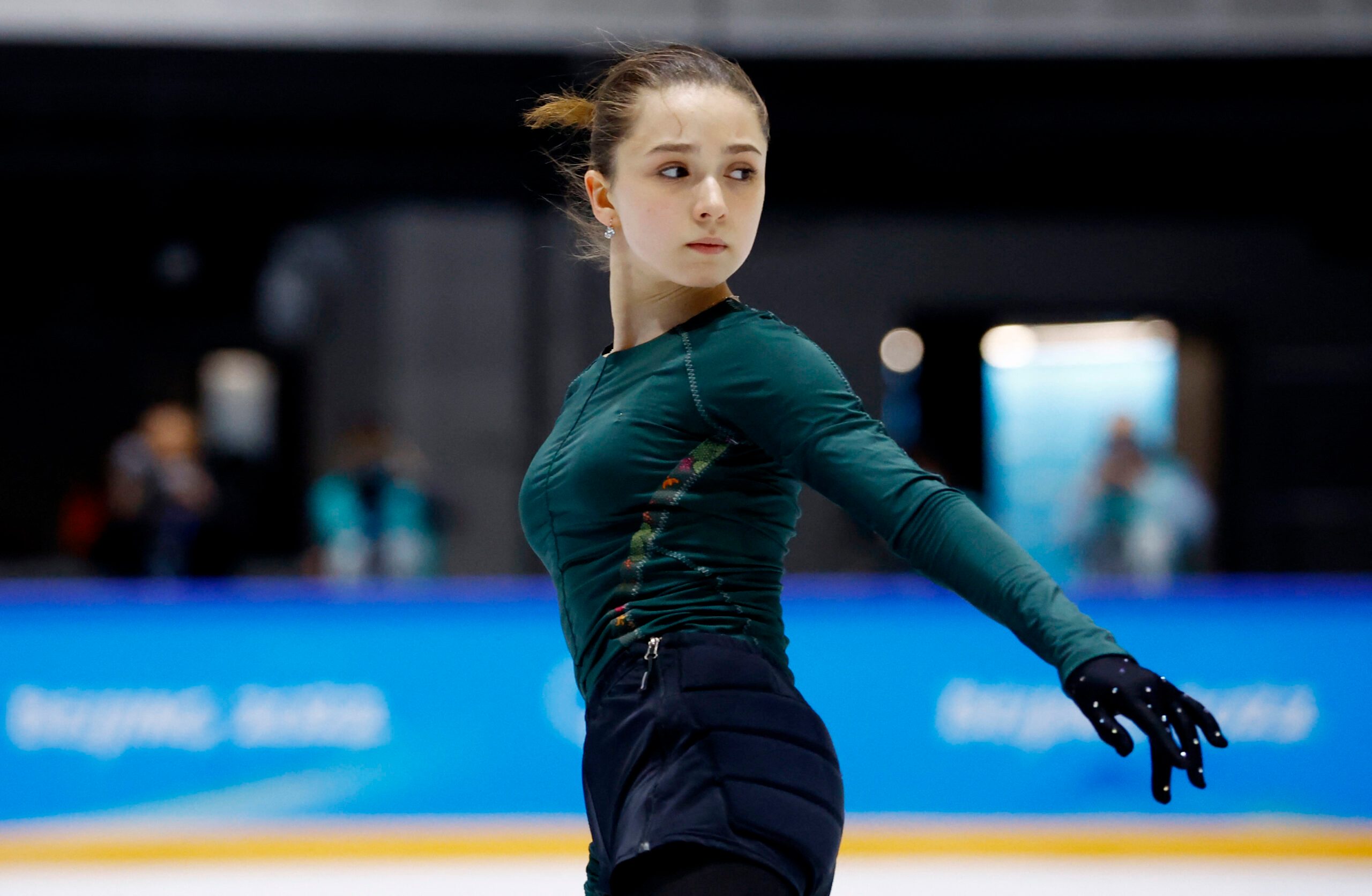 YOUNG SKATER. Kamila Valieva, 15, is one of the youngest athletes to face a doping charge during the Olympics.

Facebook Twitter Copy URL
Copied
Preventing Kamila Valieva from competing at the Beijing Winter Olympics would have caused the 15-year-old irreparable harm, the Court of Arbitration for Sport says in its ruling

BEIJING, China – Russian figure skater Kamila Valieva will be allowed to compete in the women’s singles in figure skating at the Beijing Olympics after a decision by sport’s top court on Monday, February 14.

The Court of Arbitration for Sport (CAS) said it had upheld the Russian Anti-Doping Agency’s decision to lift a ban on the 15-year-old, who tested positive for a banned substance on December 25, in a statement released on its website on Monday.

The teen skating prodigy took to the ice half an hour after the decision, practicing with her Russian Olympic Committee (ROC) teammates ahead of the singles on Tuesday.

CAS cited the fact that Valieva was a “protected person” under World Anti-Doping Agency (WADA) rules as one of the exceptional circumstances underpinning its decision.

Preventing Valieva from competing at the Olympics would have caused the 15-year-old irreparable harm, CAS said in its ruling.

The figure skater is one of the youngest athletes to face a doping charge during the Olympics, prompting global outrage at the role of the adults around the teenage skater and the continuing scourge of Russian doping in international sports.

“This appears to be another chapter in the systematic and pervasive disregard for clean sport by Russia,” United States Olympic & Paralympic Committee (USOPC) chief executive officer Sarah Hirshland said in a statement released after the decision.

The result of Valieva’s positive drug test was not revealed until February 8 after she had competed in the team event at the Winter Games, dazzling the world with the first quad jumps ever completed in the women’s Olympic competition.

CAS emphasized the “serious issues of untimely notification of the results” in its decision.

“Such late notification was not her fault, in the middle of the Olympic Winter Games,” the ruling said.

The CAS ruling did not address the merits of Valieva’s drug case.

“We know this case is not yet closed, and we call on everyone in the Olympic Movement to continue to fight for clean sport on behalf of athletes around the world,” Hirshland added.

Earlier, IOC spokesman Mark Adams said the awarding of medals for the team event cannot go ahead until the doping case is addressed.

It is not clear whether other members of the ROC team can receive gold medals. Second-placed Team USA and Japan in third are also waiting in the wings. Canada finished fourth.

“That will probably not be sorted out during this Games and that is something regrettable, but we have to follow the process,” Adams said.

The women’s singles, an event for which Valieva is hot favorite, starts with the short program on Tuesday and concludes on Thursday with the free skating. – Rappler.com