HISTORY. KarlTzy is on a mission of becoming the first player to win the Mobile Legends world championship twice.

Facebook Twitter Copy URL
Copied
'We're confident that we can beat Onic,' says KarlTzy as Echo and the reigning Indonesian champion dispute a spot in the upper bracket finals of the M4 World Championship

JAKARTA, Indonesia – Karl “KarlTzy” Nepomuceno pulled no punches in his prediction as he and Echo tangle with Kairi “Kairi” Rayosdelsol and Indonesia’s Onic Esports in the Mobile Legends M4 World Championship.

Two of the top Filipino junglers collide when Echo and Onic dispute a spot in the upper bracket finals on Thursday, January 12.

Although Onic is on a high after overwhelming Myanmar’s Falcon Esports via a 3-0 sweep in the first round of the upper bracket and enjoys a massive homecourt advantage, KarlTzy has utter faith that Echo can come out on top.

“We’re confident that we can beat Onic because we know their play style and I think my teammates are better,” said KarlTzy.

Echo, though, barely reached the upper bracket semifinals after being dragged to a deciding match in their best-of-seven duel against Malaysia’s Team HAQ.

Coming off an unbeaten three-game run in the group stage, Echo grabbed a 2-0 series lead before Team HAQ forced a rubber match by ruling Games 3 and 4.

But Echo rediscovered its winning ways, disposing of Team HAQ in just 11 minutes in Game 5 to remain in the upper bracket.

As Echo braces for a tougher opponent in Onic, the reigning Mobile Legends Professional League Indonesia champion, the Filipino squad looks like it has a trick or two up its sleeves.

“Our strategy is a secret,” said KarlTzy with a smile.

KarlTzy is on a mission of becoming the first player to win the world championship twice after he powered Bren Esports to the M2 crown two years ago. – Rappler.com

Despite success in Indonesia, Onic Esports’ Kairi longs for home 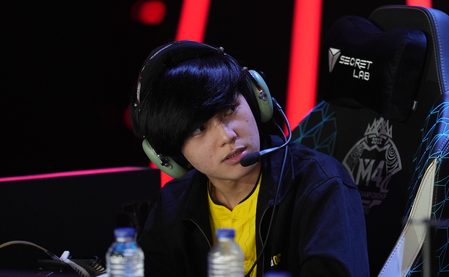