Belingon leads Team Lakay stars at ONE: Inside the Matrix III It’s going to be Team Lakay versus the world when ONE Championship rolls out the third installment of the massive Inside the Matrix series in Singapore.

Three stars from the fabled stable in Baguio will represent the Philippines at the previously recorded ONE: Inside the Matrix III, which airs on Friday, November 13.

Former ONE bantamweight world champion and current top contender Kevin “The Silencer” Belingon takes on Brazilian hard-hitter and fifth-ranked bantamweight John “Hands Of Stone” Lineker in the main event of the evening at the Singapore Indoor Stadium.

Geje “Gravity” Eustaquio, the former ONE flyweight world champion, is also back in action as he takes on “The Running Man” Song Min Jong in the co-main event, while fifth-ranked strawweight Lito “Thunder Kid” Adiwang takes on Shooto Champion Hiroba Minowa in the event’s curtain-raiser.

But all eyes will certainly be on the main event, a clash that many fans have been anticipating since Lineker signed with The Home Of Martial Arts last year.

“It’s a match everyone has been looking forward to for a long time, and now we’re finally here,” Belingon said.

“This match is going to be exciting given our styles, and fans are up for a treat. Expect me to be at my best against him.” 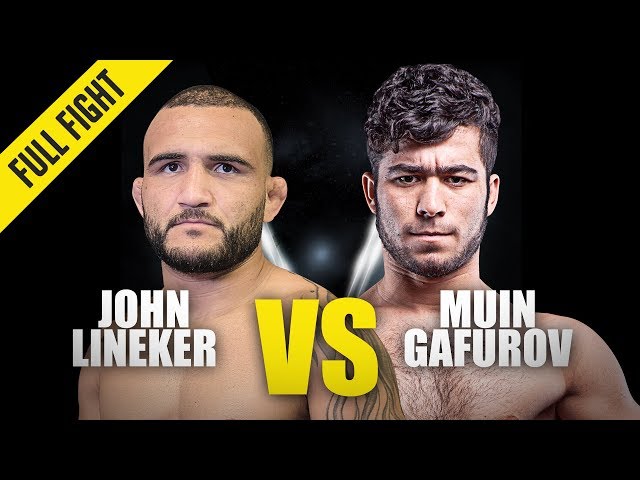 When the two square off on Friday night, it will be a battle between two heavy hitters with the pair accounting for 24 knockout wins between them.

Belingon still owns the greatest number of knockout wins in the division with 6, though, and he looks to add Lineker to that total.

The Brazilian is no slouch either. Lineker comes in with a 32-9 record, having competed all over the world before finding a home with ONE.

He had a successful debut last year when he outpointed Muin “Tajik” Gafurov, and a win over Belingon might get him to the top of the division.

Belingon, on the other hand, will try to hold down his No. 1 spot with a convincing win over Lineker. – Rappler.com

Catch the previously recorded ONE: Inside the Matrix III on Friday, November 13, on One Sports and One Sports+ or stream it for free by downloading the ONE Super App.

Belingon Vs. Lineker To Headline ONE: INSIDE THE MATRIX III

The Top Highlights From ONE: INSIDE THE MATRIX II

What Could Be Next For The Big Winners Of ONE: INSIDE THE MATRIX II?