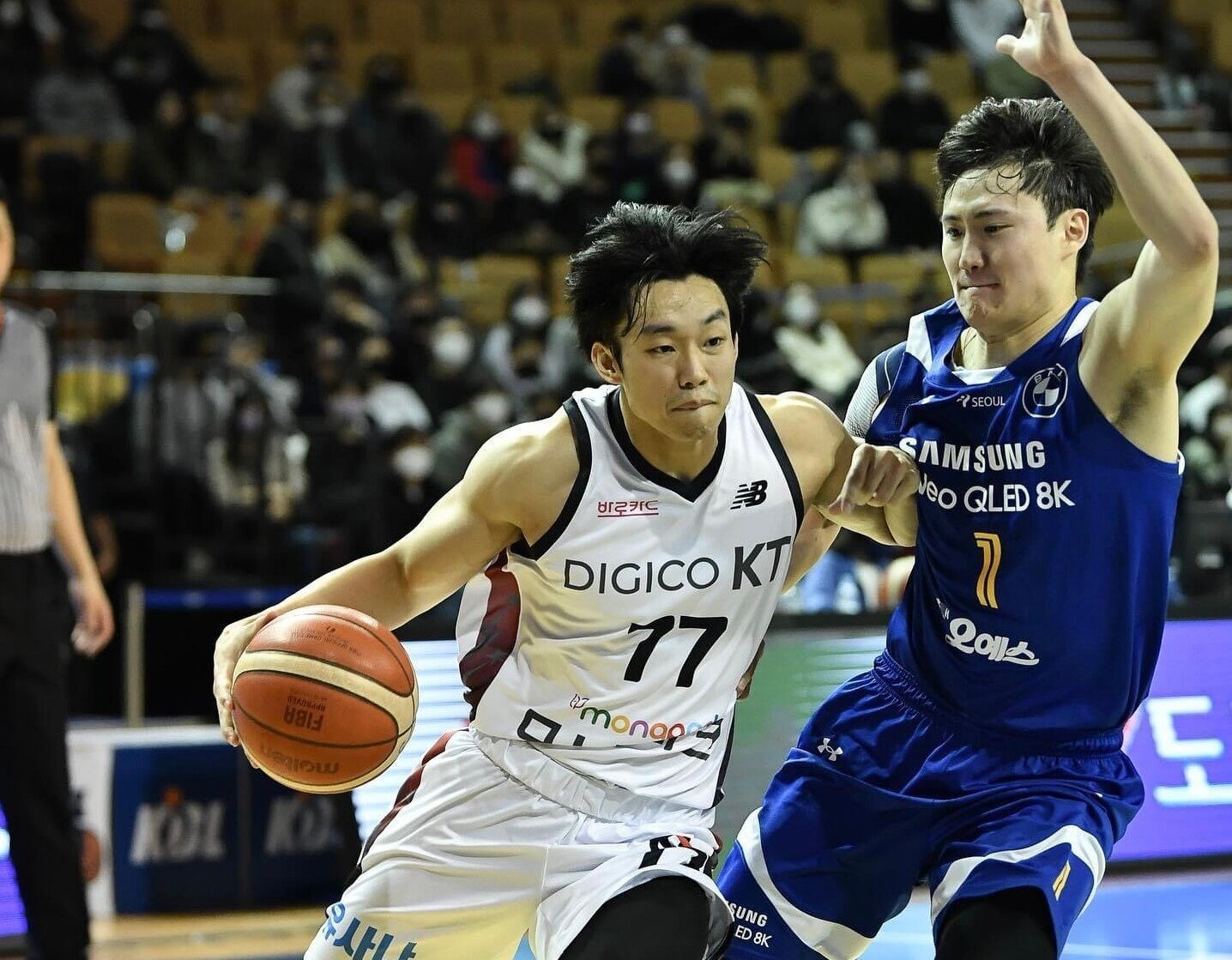 The former Ateneo star scored all his 5 points in his first 5 minutes of action before adding 4 rebounds in an eventual 17-minute run off the bench as the seventh-ranked Suwon snapped a two-game losing streak to rise to a 14-17 record.

Jarrod Jones led the balanced effort with 15 points and 5 rebounds, while Hongseok Yang scattered 13 points, 6 boards, and 4 assists in nearly 38 minutes of action.

Former PBA import Lester Prosper squeezed out 6 points and 10 rebounds in just under 13 minutes off the bench as the Sonicboom shot out with a 17-point first quarter lead, 29-12, and held on for the wire-to-wire win.

Import Darral Willis led all scorers with 28 points in 28 minutes, but received no help as Seoul dropped its ninth straight game for a 10-22 record.

In the other game of the day’s double-header, the Goyang Carrot Jumpers made light work of the Wonju DB Promy with an 87-72 home blowout, highlighted with a 29-17 fourth quarter pullaway.

Import Dedric Lawson exploded for 40 points on a 16-of-26 clip with 9 rebounds and 7 assists as the fifth-place Goyang rose to a 17-15 record off its fourth straight win.

Sangjae Kang paced the losing cause with 21 points, 7 boards, and 4 dimes, while Fil-Am guard Ethan Alvano backstopped his efforts with 13 points, 3 rebounds, and 3 assists.

Wonju settled for a 12-20 slate off its second straight setback, just ahead of last-place Seoul. – Rappler.com