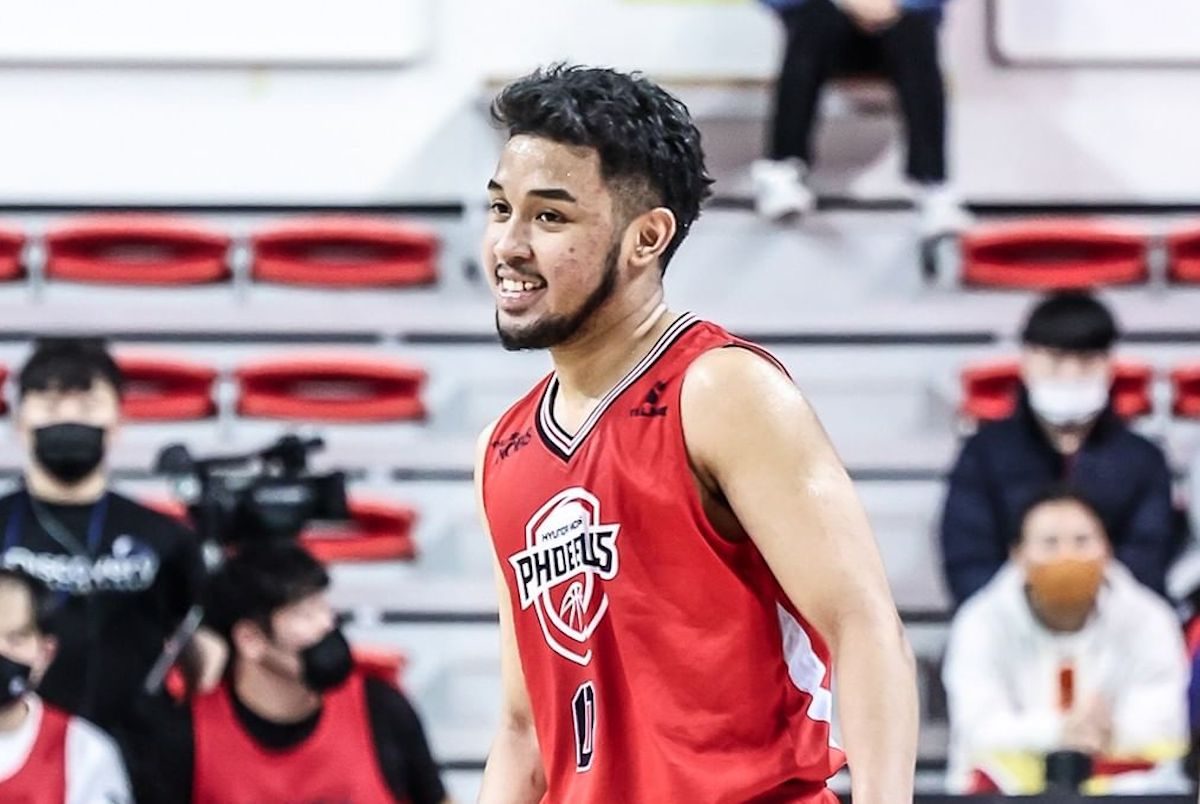 MANILA, Philippines – RJ Abarrientos and the Ulsan Hyundai Mobis Phoebus got back on track in the Korean Basketball League after a 66-64 squeaker against the Jeonju KCC Egis on Friday, January 20.

Abarrientos cooled down from his scoring ways and scored just 4 points after going 0-of-5 from three-point range but made his presence felt on the other departments with 7 assists and 6 rebounds as Ulsan improved to 18-4.

Gaige Prim dominated for the Mobis Phoebus with a double-double of 19 points and 20 rebounds, while Ham Ji-hoon added 14 points and 6 rebounds.

Ulsan broke its tie with the Seoul SK Knights and climbed to solo third, just behind the Anyang KGC and the Changwon LG Sakers.

Korean naturalized player Ricardo Ratliffe starred in the loss with 14 points and 12 rebounds as Jeonju witnessed its two-game winning streak snapped and fell to an even 16-16 record for sixth place.

While Abarrientos and the Mobis Phoebus regained their winning ways, SJ Belangel and the Daegu KOGAS Pegasus extended their slump following a 69-64 loss to the Sakers.

Belangel delivered a modest performance of 8 points, 2 rebounds, and 2 assists, but Daegu failed to recover from a lethargic start that saw it trail 10-22 at the end of the opening quarter as it slipped to a 12-18 card.

The loss marked the Pegusas’ second consecutive loss and eighth over the last 10 games.

Former San Miguel import Devon Scott netted 9 points and 11 rebounds in the defeat, while Murphy Holloway topscored for Daegu with 12 points and 8 rebounds.

Changwon climbed to 19-12 behind four players in double-digit scoring led by Lee Jae-do, who tallied 18 points on top of 6 assists and 5 rebounds. – Rappler.com