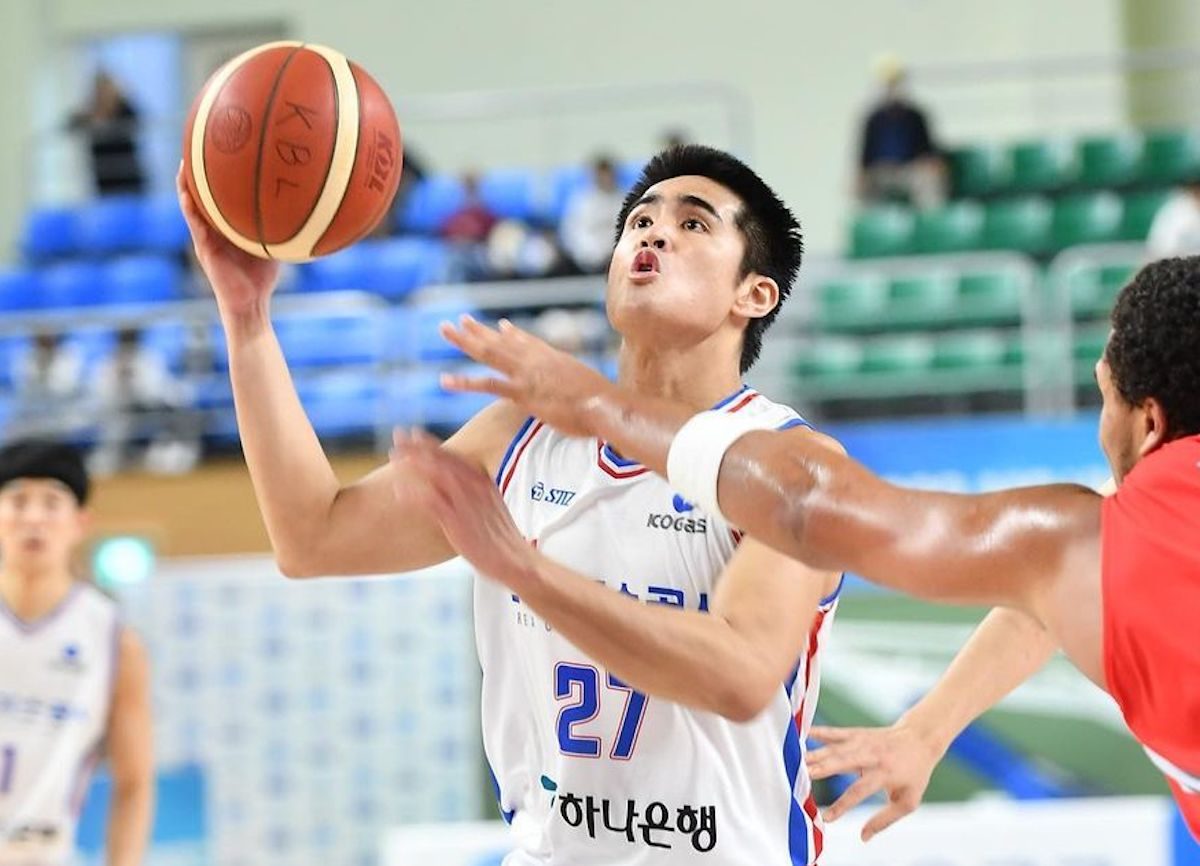 DEBUT. SJ Belangel impresses in his first game in Korea.

Facebook Twitter Copy URL
Copied
SJ Belangel knocks down a pair of three-pointers in his KBL debut, but the rest of the Daegu KOGAS Pegasus go 0-of-16 from deep

MANILA, Philippines – SJ Belangel and the Daegu KOGAS Pegasus kicked off their Korean Basketball League campaign on the wrong foot following an 81-72 loss to the Jeonju KCC Egis on Sunday, October 16.

The former Ateneo standout posted 10 points, 2 rebounds, and 2 assists in 26 minutes in his KBL debut, but a flat start doomed Daegu in the loss where it trailed by as many as 18 points.

Jeonju ended the opening quarter with a commanding 22-8 lead and never looked back even as the Pegasus outscored the Egis for the last three periods.

Belangel shot 2-of-4 from three-point distance, but the rest of Daegu went 0-of-16 from beyond the arc for a lowly 10% clip.

Heo Ung led Jeonju with 19 points and 4 rebounds, while Ricardo Ratliffe churned out a double-double of 18 points and 12 rebounds on top of 4 assists and 3 steals.

The Egis pulled off the win despite Rondae Hollis-Jefferson getting limited playing time as the former Brooklyn Nets veteran saw action for just three minutes.

A Korean national team mainstay like Heo and Ratliffe, Lee Dae-sung paced the Pegasus with 25 points, 4 steals, and 3 rebounds.