Golden kids: Who are the Philippines’ top-earning athletes below 25? 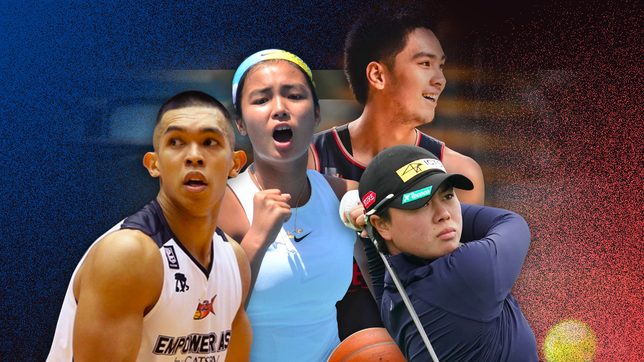 Aside from nailing career milestones, the country’s top athletes also rake in hefty paychecks that allow them to continue pursuing their passion and dreams while building financial stability at a very young age.

Here are some of the country’s top-earning professional athletes, who are out to prove that a career overseas can bring back better financial returns.

At 16 years old, Alex Eala was able to set foot into higher level women’s tournaments and even bagged her maiden professional tennis title at the start of the year, which propped up her reported earnings of $13,425 in the Women’s Tennis Association website.

Right in her first pro tournament of the year, Eala triumphed in the International Tennis Federation (ITF) women’s $15,000 title in Manacor, Spain after defeating home bet Yvonne Cavalle-Reimers in the final.

Two months later, the Filipina teen tennis sensation debuted in the qualifying round of the WTA 1000 Miami Open, but was booted out in the opening round that denied her a chance to make it to the main draw.

She also participated in the inaugural staging of WTA 250 Winners Open in Cluj-Napoca, Romania, where she made it to the second round and pocketed $3,675 – the most she earned from a single tournament.

The highest ITF tournament Eala participated in was the women’s $60,000 tournament in Bellizona, Switzerland where she reached the Round of 16.

In the NBA G League, Sotto instantly earned a guaranteed $200,000 (P10 million) contract with the Ignite Select team even after he made a controversial exit from the team, where he decided to go back to the Philippines to join the FIBA Asia Cup qualifiers training bubble, which was close to the G League tip-off on February 8.

But due to rising COVID-19 cases, the FIBA tourney was postponed and quarantine restrictions forced Sotto to miss too many games, which prompted the Filipino star and Ignite to part ways.

As 24-year-old Thirdy Ravena re-signed with Japan B. League team San-En NeoPhoenix on a multi-year contract, he is expected to command a higher salary than his rookie year.

According to multiple sources, Ravena’s entry level B. League Asian import’s salary could have ranged from $10,000 to $50,000 per month (P500,000 to P2.5 million), which is dependent on the player’s performance and market size of his team.

But given the impact he made in the Japanese market by attracting the Filipino audience to the league, he becomes a highly valued asset not only to the San-En NeoPhoenix, but the B. League as well. The country’s top young earner is million-dollar baby Yuka Saso, who pocketed $1 million from winning the 2021 US Women’s Open last May.

Saso reportedly earned a total of $1,517,876 from the LPGA tour as she cracked into becoming one of the top players in the LPGA, netting a career-high rank of No. 5 in October.

Other than the US Women’s Open, the 20-year-old also earned six-digit figures from the Cognizant Founders Cup ($138,664) and the Walmart NW Arkansas Championship presented by P&G ($104,506), where she both finished a joint fourth place.

Last November, Saso made a huge business decision to elect a Japanese citizenship, which would allow her access to more Japanese sponsors, which would be beneficial to her budding career.

According to Japanese law, dual citizens are required to choose only one citizenship when they turn 22 years old.