Adiwang, Miado promise a memorable fight at ONE X PROFESSIONAL. Lito Adiwang wants the match to be a showcase of Filipino talent.

MANILA, Philippines – While Lito “Thunder Kid” Adiwang and Jeremy “The Jaguar” Miado remain respectful of one another, don’t expect them to hold back during their monumental clash at ONE X on Saturday, March 26.

At first, both men were hesitant to fight each other, However, facing a compatriot is an inevitable part of the sport, and they have to face whoever is in front of them.

“There’s some hesitation because you’re fighting someone from the same country. That’s why you couldn’t go all out in the match,” said Adiwang. “But we need to be professional here and show that we’re in the big league already.”

“So, we have to forget for a while that we are fellow Filipinos. We are friends outside the Circle. We are compatriots, but let’s respect the game and show how professional we are. We have to give everything, no excuses. No one should hold back during the fight.” 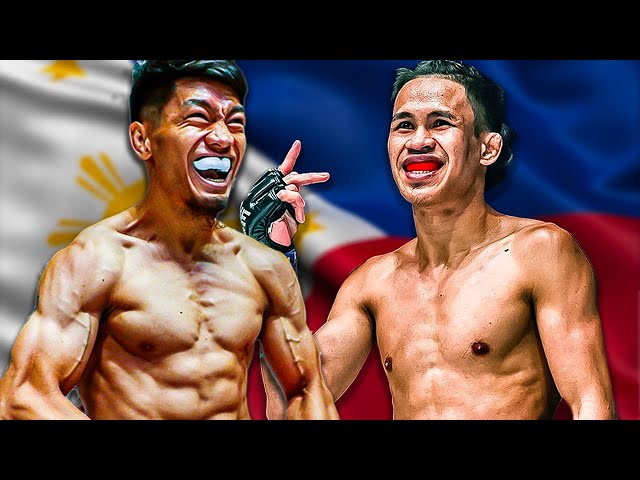 Meanwhile, Miado even considers himself a fan of the Team Lakay star, especially how the No. 5-ranked strawweight approaches each match.

The Marrok Force representative is fascinated with his foe, who is becoming one of the most exciting and explosive athletes in the promotion. No wonder “The Jaguar” is following Adiwang’s ONE career.

“With Lito, I am a fan myself. His fights are very exciting and entertaining. It will be a chance for me to step up,” he said.

“I know that he’s already a big name in the division. We can’t say what would happen in the fight. It’s nothing personal. It is part of the job. I expected we would match soon, but I didn’t expect it to be this early.”

“I followed him on ONE Warrior Series,” Miado added. “His fights were all explosive, and I watched all his fights until he entered the main roster.”

The motivation between the two stems from their desire to put a great show that will help establish Philippine mixed martial arts even further.

“[Jeremy] I really respect you. Good luck to us, and I believe we’re in this card because it’s one of the biggest cards of ONE Championship. Let’s show the world what we’ve got,” Adiwang said.

“We should get the bonus (laughs) and tell the world, ‘This is how Filipinos are!'” Miado stated.

“I want fans to see a great show from both of us. It’s difficult to predict because we both have power. We wouldn’t know who would drop first, but I expect it wouldn’t reach a decision.” – Rappler.com

See the full card for the historic ONE X here and watch it live on the following channels: bit.ly/WatchONE | ONE Super App | ONE YouTube