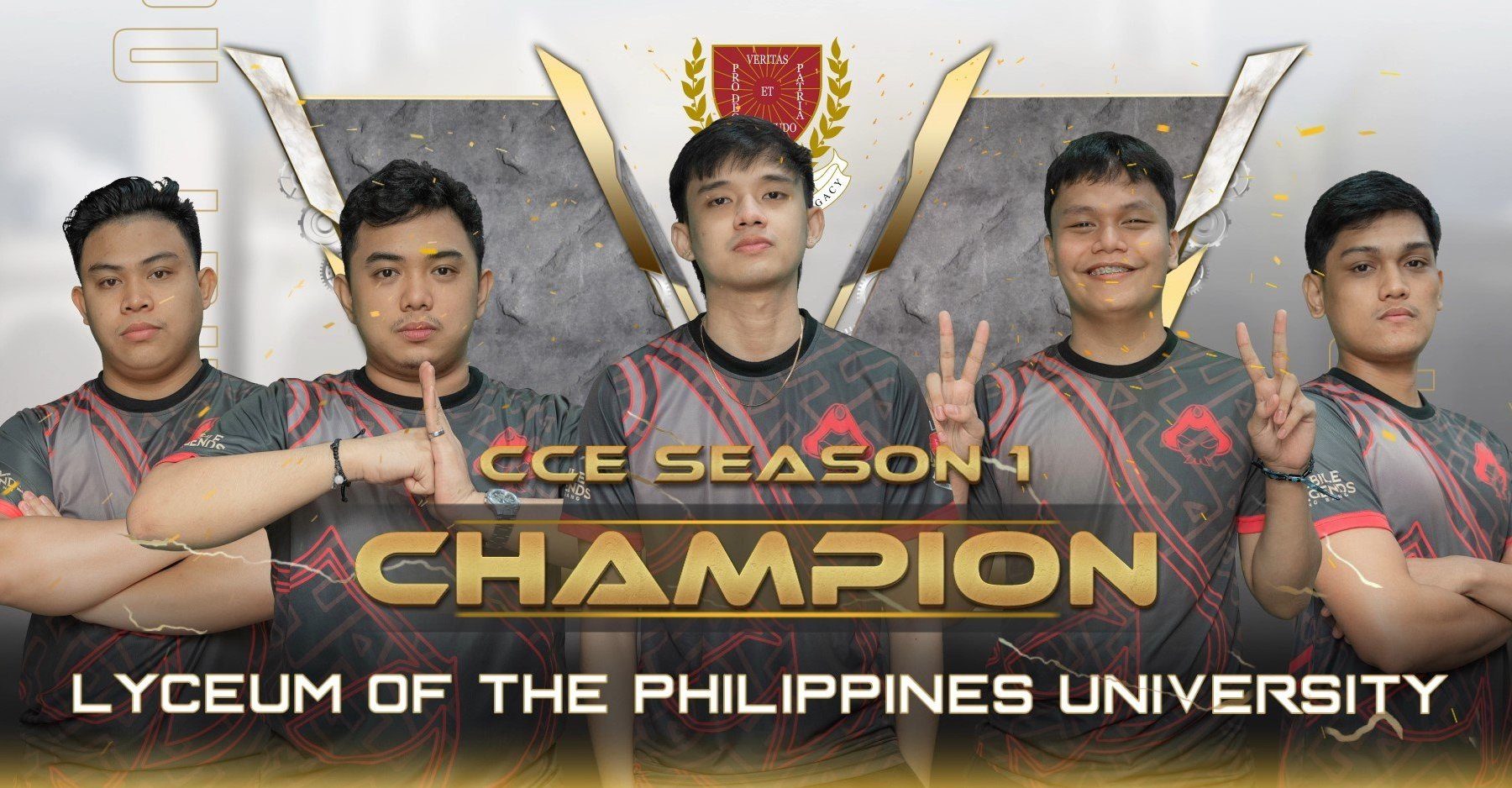 MANILA, Philippines – Lyceum ruled the inaugural season of the Collegiate Center for Esports (CCE) Mobile Legends tiff with a 2-0 rout of San Sebastian in the grand finals at the SM Mall of Asia Music Hall on Thursday, July 28.

Spearheaded by star jungler Mark Kenneth delos Reyes, the Pirates capped a dominant run that saw them drop just two matches in the tournament backed by the Commission on Higher Education.

Delos Reyes, a former player of esports powerhouse Execration, earned the CCE Season MVP plum as Lyceum stamped its class in the upstart league featuring all 10 teams that belong to the NCAA.

Lyceum then toppled Arellano in the first round of the playoffs and thwarted San Sebastian in the upper bracket finals with identical 2-1 victories to reach the championship round.

Smelling blood in the water, the Pirates made quick work of the Stags in the grand finals behind impressive performances from Delos Reyes and Eusebio.

Eusebio continued his stellar play in the title clincher, delivering 12 kills and 4 assists against 2 deaths on Wanwan as the Pirates finished off the Stags in 17 minutes.

“I’m overjoyed to win Season 1 MVP. But this MVP is for the entire team because we all worked hard to get this championship,” said Delos Reyes in Filipino.

Jorenz Louie Denosta, Antoine Abcede, Miguel Diaz, Mark Asuncion, Ken Ceron, and Kiele Bien Marin make up the roster of San Sebastian, which pulled off a reverse sweep against St. Benilde in the lower bracket finals, 2-1, to get another crack at Lyceum.

The Blazers completed the CCE podium at third place.