The Philippine-based team, which is comprised of actor/athlete Derek Ramsay and a slew of local and international enthusiasts, fell to Club Junior Japan, 15-5, in the Manila Spirits finals on Sunday, November 15 at Alabang Country Club.

Mixed Nuts, which derives its name from the diverse backgrounds of their teammates, fell behind 1-6 early against an organized and efficient Japanese squad. Mixed Nuts had played the Japanese squad close the day before under the scorching Manila heat, but miscues on a rain-cooled pitch were too plentiful to overcome.

The home team’s loss did little to dampen the mood of sportsmanship and camaraderie on the field. The two squads convened in a circle and sang praises of one another, exchanged gifts and kisses.

“It’s hard to stay on top,” said Ramsay. “Of course you want to be 3-peat champions but losing to the national junior champions of Japan is not so bad. So back again next year.” 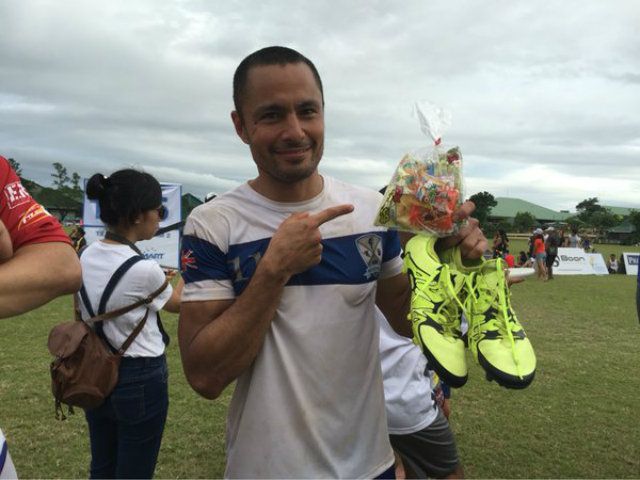 Derek Ramsay overcome an infected toe to compete in the Manila Spirits finals.

Ramsay limped about afterwards, hobbled by an infected toe on his right foot that he says needed two injections to get him onto the field Sunday.

“Then it got stepped on in the game and that brought back on the pain,” said the Amazing Race Philippines host Ramsay. “At 39 years of age, your heart can make you do crazy things.”

Cat Phillips, a Melbourne, Australia resident playing in her third straight Manila Spirits tournament, takes no shame in losing to a team from the fifth-ranked nation in the World Flying Disc Federation ratings.

“We come here to have fun and we want to play hard. Playing teams like Team Japan, they’re incredibly talented and they just come out and try really hard and play well,” said Phillips, whose ultimate frisbee exploits have taken her to USA, Canada, Colombia and other destinations.

The event, which began with exhibitions on Wednesday and ended with tournament showdowns Friday, Saturday and Sunday, was by all means a success.

The event began in 2003 with 16 teams in the mixed division, but grew this year to 64 teams, which included 24 international teams from China, Malaysia, Singapore, the United States, Australia and elsewhere. 2015 was the first year the tournament had to reject bids due to the number of team bids they had received. 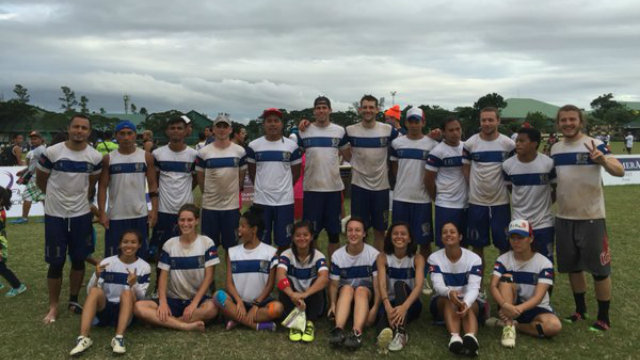 The Mixed Nuts team had reigned for two years atop the tournament, but kept their smiles after a valiant effort.

The tournament hosted a mixed, women’s and open (essentially men but open to women’s players), with each team being guaranteed to play at least 7 games.

The tournament structure divides teams into groups of 4 before round robin play classifies teams into further groups, which break the tournament down into more competitive brackets that group similarly skilled squads into A, B, C and D classifications.

The games are self-officiated without referees but that rarely if ever leads to disagreements on the field.

The Philippines checked in at no. 18 in the world in the most recent WFDF World Ultimate Country Ranking released in March of this year, which is an 8 spot jump from their previous rating.

Cedric Palomares of the Philippine Flying Disc Association says the game’s popularity can be measured by the enjoyment from the participants and spectators.

“Over the past few years the following for ultimate frisbee has increased and has become more of what a normal sport is.”