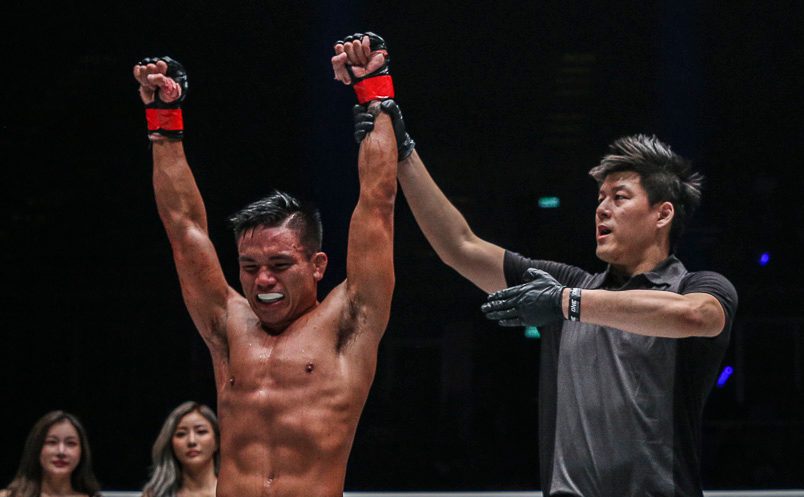 Mark Abelardo. Photo from ONE Championship

Filipino-Kiwi bantamweight Mark “Tyson” Fairtex Abelardo wants to get back to his winning ways in ONE Championship – and he will get the chance to do so in a few weeks.

Abelardo will battle debuting Fabricio “Wonderboy” Andrade in a 67-kilogram catchweight contest in ONE: No Surrender on July 31 in Bangkok, Thailand.

The lone Filipino on the card, Abelardo is eyeing to bounce back from a shutout decision loss to “Pretty Boy” Troy Worthen in ONE: King of the Jungle in February and prove why he is still one of the most exciting stars in the promotion.

“It’s amazing to be back to somewhat normal, especially with competing,” Abelardo said.

“[That loss] was a small bump in the journey. [If] you can’t win them, you just got to get better, prove yourself, and put on a better performance in my next fight, so that’s what I want to do.”

Abelardo praised Andrade’s striking, but he believes he is still at an advantage when it comes to mixed martial arts.

A 26-match veteran, the 28-year-old expressed confidence that the young Brazilian will not show anything that will surprise him on July 31.

“It’s MMA, so I’m going to be looking to mix it up, whether it’s standing or on the ground.”

Abelardo wants to redeem his past losses, but he also hopes to put on a show for the fans who will be tuning in knowing that an exciting performance could take people’s minds off what is happening around the globe.

“The entire world is reeling right now, and if by stepping into the ring and showcasing my skills can help inspire people to soldier on, I’m glad to do it,” Abelardo said.

“I am thankful we can get back to competing again. This is what I live for and I have so much I want to do in this sport. The next step starts in Bangkok.” – Rappler.com