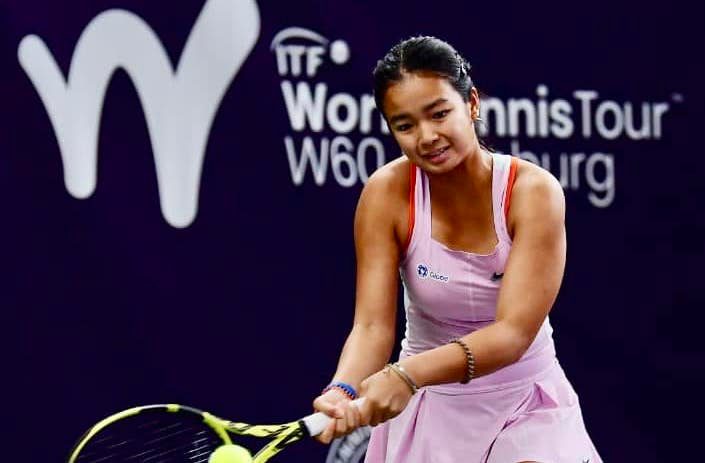 ADVANCING. Alex Eala powers through a tough first-round challenge in the W60 Hamburg.

Facebook Twitter Copy URL
Copied
Alex Eala bucks a lethargic start to beat Ekaterina Kazionova and advance to the second round of the W60 Hamburg, where she will go up against the No. 1 seed

MANILA, Philippines – Alex Eala followed up her ascension to a career-high WTA ranking of No. 248 with a comeback win as she advanced past the first round of the W60 Hamburg in Germany on Tuesday, October 18.

The 17-year-old Eala bucked a lethargic start and pulled off a 2-6, 6-4, 6-4 win over Ekaterina Kazionova of Russia in her tournament opener.

Broken twice in the opening set, Eala lost serve again in the seventh game of the second set as Kazionova took a 4-3 lead before the Filipina regained her bearings and won the next three games for the equalizer.

Eala returned Kazionova the favor by breaking the Russian in the eighth and the seesaw 10th game, which saw four deuces.

Riding on the momentum of her second-set fightback, Eala jumped to a 4-0 lead in the third set before Kazionova rallied and cut her deficit to 4-5.

But Eala – the reigning US Open girls’ champion – prevented Kazionova from forcing a tie, wrapping up the match in 2 hours and 45 minutes.

“Good start! Happy with the way I played today,” Eala wrote on Facebook.

Eala faces a tall order in her next assignment as she tangles with No. 1 seed Ysaline Bonaventure of Belgium in the second round.